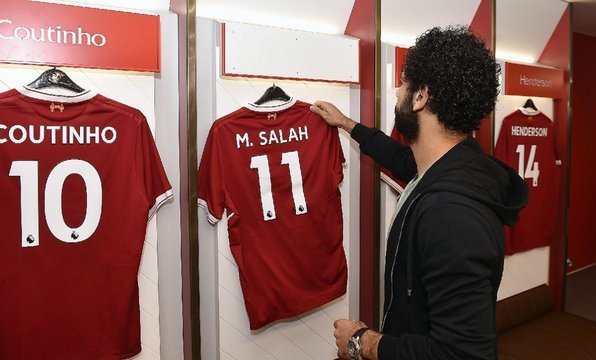 With Liverpool adding pacey winger Mohamed Salah to their already potent attack, punters across the globe will be keeping a close watch on the news at PA to make sure they’re getting the most bang for their buck on the back of the Egyptian’s goals. Tipped to be the perfect player to break down even the most rigid defense, the former AS Roma attacker is expected to make a big impact on his return to the Premier League.

“I remember watching him when he was at Basel and he looked a very good player,” said former Reds striker Craig Bellamy, a man who knows a thing or two about putting the ball in the net. “He deservedly got his move to Chelsea, it didn’t quite work out for him, but his spell at Roma was very good. He has pace to burn and looks to go in behind, which is what Liverpool need and hopefully he’ll work out to be a very good signing,” explained the Welshman. “What I like about him is that he’s always looking to get beyond and get behind the full-back and that’s really what they need. Coutinho, Firmino, they come towards the ball a lot, which is great because they’re excellent players and they make things happen, but you need runners.”

Although he’s far from one dimensional, Salah is known for a his speed both on and off the ball and he couples that with a work rate perfectly suited to Liverpool boss Jurgen Klopp’s all-action style of play. One only has to look to the addition of Sadio Mane last summer and the positive impact his pace has had on the Reds game to understand what the German manager is thinking. Having struggled during the closing stages of the season without the Senegalese winger in the side, Salah, who made the move to Anfield on the back of bagging 9-goals and assisting on 7-more for the Giallorossi, can not only follow in Mane’s footsteps, but supplement what will now be a truly blinding front-line.

“I am really looking forward to it because he’s a really good player,” enthused Liverpool midfielder Emre Can, currently on duty with Germany at the Confederations Cup. “Yesterday or the day before I saw the stats for him from last year in Italy,” continued the 23-year old, clearly impressed with his new teammate. “I think he will be a very good player for Liverpool.”

One thought on “Salah Tipped for Greatness on Premier League Return”