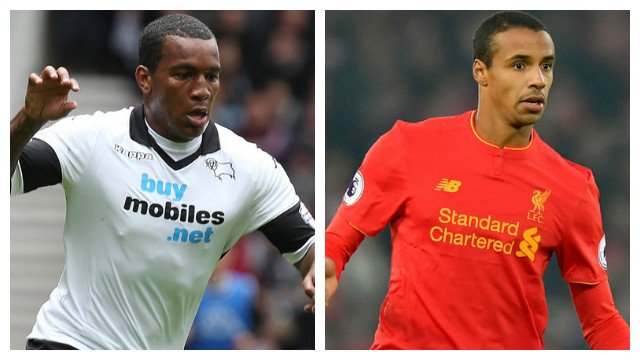 After completing loan spells with the likes of West Bromwich Albion, Norwich City and Austrian side Red Bull Salzburg, former Liverpool defender Andre Wisdom has left Anfield on a permanent basis, making a £3mil switch to Championship side Derby County.

“I knew I was going to leave Liverpool and it was just a case of when and where to. Even though I had time remaining on my contract it was about finding the right fit,” said the 24-year old, speaking to the Rams official website. “Everyone knows that I love Derby so I think this is a great time to make this move. I spoke to Gary Rowett on the phone and from the first conversation it was clear how he wants to work and how we’re going to move on in the right direction,” continued Wisdom. “I think he will be a good manager to play for. I watched some of the games from when he came in and from what I have seen I think I can fit into his style of play.”

It’s no secret that the Reds are trying to improve their defence this summer after some calamitous defending last season highlighted a growing need for upgrades at the back. While their on-again-off-again pursuit of Southampton centre-back Virgil van Dijk continues to intrigue, sorting out the players already at the club will be just as important as drafting in new faces. In his first campaign with the club, Liverpool defender Joel Matip has proved to be a solid performer in the back-line, but the Cameroonian is keen to make some improvements to his game as the club looks to not only better last years fourth place finish, but compete in the European stage as well.

“I really like to have the ball. It’s one of the nicest things when you’re out on the pitch,” said the former Schalke man. “I try to do my best: when to look forward, when to create chances or help my team-mates in front,” explained Matip. “But I am very self-critical as well. I always want to improve myself. You have to work hard and keep trying and learning – that’s the way you get better,” added the 25-year old, reflecting on the fast paced nature of the Premier League. “You have to concentrate because in every match just one situation can decide it.”