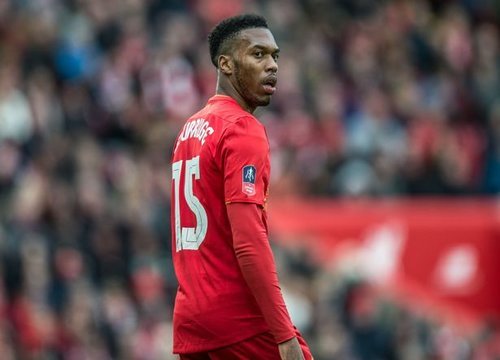 In recent days, Jürgen Klopp has clamped his foot down and will not allow a move away from Anfield for Daniel Sturridge. The 27-year-old striker has been a constant absentee since Klopp’s arrival in October 2015, and the German has admitted that the England international would cost the Reds more to replace.

Daniel Sturridge signed for Liverpool back in January 2012 from Chelsea for £12 million, and the Manchester City & Chelsea reject proved instrumental for Brendan Rodgers in his first 5-months and first full season at Anfield. Sturridge made 50 appearances in that time, scoring 35 goals in all competitions.

After the departure of Luis Suarez to Barcelona in the summer of 2014, Sturridge was Liverpool’s first choice striker ahead of Mario Balotelli. The 27-year-olds injury problems really began during the 2014/15 season upon the Reds return to the Champions League, having only made 14 appearances, scoring 6 times. Since September 2014 to the end of last season, Sturridge had missed a total of 414 days, equating to 68 games missed in 3 seasons. But Jürgen Klopp, despite those stats, is adamant on keeping hold of the forward.

Prior to the end of the campaign, it was rumoured that Slaven Bilic was a keen admirer of the former Chelsea misfit and was the Croats main target this summer. Though speculation has since been hushed, and the Hammers have now turned their attention to current Bayer Leverkusen man and former Manchester United striker Javier Hernandez, according to Sky Sports Sources. There has been little speculation that Sturridge wants a move away from Anfield this summer. Former Liverpool forward Emile Heskey backed Sturridge to lead the line for Klopp’s side and fire the Reds into title contenders;

“”I think he [Sturridge] has got plenty of ability. I have been very impressed with him for years, right from when he was a young lad at Manchester City. The only thing that has troubled him are his injuries and whether he can be kept fit, but you can see that he is a massive, massive asset.”

Can Sturridge, if he stays, prove to be a “massive asset” for Klopp this campaign?

There is no doubt that Sturridge has the quality to be a 20-goals plus striker. However, his injury proneness has proven that he simply cannot do it on a regular basis. With the addition of Mohamed Salah to Anfield, Roberto Firmino looks likely to lead the line next season, especially with taking the famous number nine. With the Champions League back next season for Liverpool, Klopp certainly needs that extra depth up-top in order to challenge on all fronts. Though the England international has suffered countless injury problems, the added depth would allow him to be used in a more reserved manner whilst still being a key player.

It is without question that the 27-year-old is not going to play in every single game next season, regardless if he stays at Anfield or moves on to another club. His vulnerability and proneness to injuries is too constant. However, he can certainly get between 10-15 goals if only used every other game. So, there is no uncertainty that Sturridge can still play a major part for the Reds. His quality and experience can unquestionably be used to great effect, and I do believe he will be a success next season if, that’s a big IF, he stays fit.