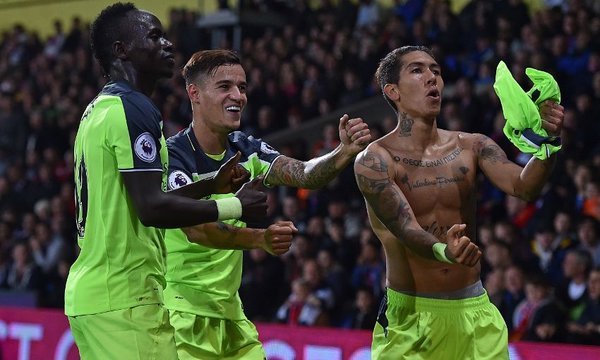 Ahead of a whole slew of friendlies and an all important Champions League qualifier, Liverpool are back in the swing of things at Melwood with pre-season training getting underway earlier this week. While there were a few notable absences from the squad, none was more noticeable than that of Reds Player of the Year Sadio Mane. Sidelined since April, the Senegalese attacker has since gone under the knife and has been working hard with the club’s medical staff to get back up to speed — though he won’t be quite ready as soon as hoped.

“The 25-year-old is on course to join his teammates in the main group of players for pre-season training within a time frame of 10 days after Liverpool’s preparations for the new campaign began on Wednesday,” read a statement on the club’s official website. “This means, however, Mane is unlikely to figure in the Reds’ domestic friendlies with Tranmere Rovers and Wigan Athletic.”

Looking to build on last years fourth place finish, Liverpool boss Jurgen Klopp is putting the squad through a grueling pre-season program to get everyone as fit as possible for the coming campaign. Securing a spot in the Champions League group stages will be the most pressing priority for the German, but whipping the squad back in to shape comes first. The all action, high octane style of football employed by the Reds tends to take it’s toll and it was a showing on a thinning squad by the end of the last season — one contributing factor in Roberto Firmino being left out of the Brazil squad for their summer friendlies.

“Klopp asked Edu [Gaspar, CBF director] for a call forecast because he needed to make plans for the team for the season,” said Selecao boss Tite, speaking to GQ magazine. “Then we decided to rush the process to be able to pass the ‘inside information’ to Klopp. I had all the information from Liverpool’s medical department about Roberto Firmino and Coutinho. Of the two, I did not summon Firmino,” continued the Brazilian. “We knew Firmino was not in his best physical condition. He was playing because they were decisive matches to try and qualify for the Champions League. He would play for the club because they needed it, he would play for 75 minutes and come off,” added Tite. “So it was leading up to that. Since I want the best for the national team, but also for the club, I chose not to call the Firmino. Of course Klopp would also love it if I did not call either of them!”