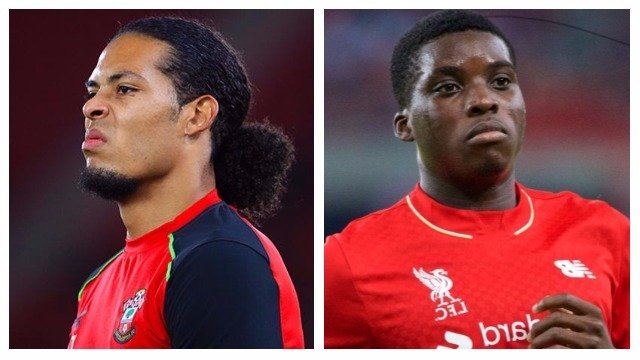 It’s peak silly season; one paper is trying to tell you that Southampton captain Virgil van Dijk is ready to submit a transfer request in an attempt to force through a much discussed and even more protracted move to Liverpool and then there’s the next paper telling you that’s not the case whatsoever.

Despite publicly pulling back their interest and issuing a humbling apology over their “illegal pursuit” of the Dutchman, the Reds remain in the mixer when it comes to the race to securing the Dutchman’s signature. The Saints, for their part, are steadfast in their resolve that their skipper won’t be going anywhere regardless of whether he wants to make the move the Anfield or not. While it’s believed that van Dijk still wants to play under Liverpool boss Jurgen Klopp, he’s yet to try to force the hand of new Southampton manager Mauricio Pellegrino — yet, of course, is the operative word.

In more pressing news, Reds winger and England U-20 World Cup winner Sheyi Ojo looks set to go out on loan for the season, but despite interest from newly promoted Newcastle United, he looks set to hook up with a club in the Championship and the club look to get him more experience at a level that’ll suit his still developing skill-set. Now, there’s really no question about whether or not he’ll spend the upcoming campaign elsewhere, but where he’ll be doing it is another story.

Liverpool have reportedly accepted offers from both recently relegated Middlesbrough FC and promotion chasing Fulham for Ojo’s services. It appears the youngster has a decision to make; having been left out of the Reds Asian tour after Klopp made the decision to loan him out, the 20-year old has a choice between Gary Monk’s ‘Boro side and Slavisa Jokanovic’s Cottagers with the chance to play regular first team football on offer from both clubs.