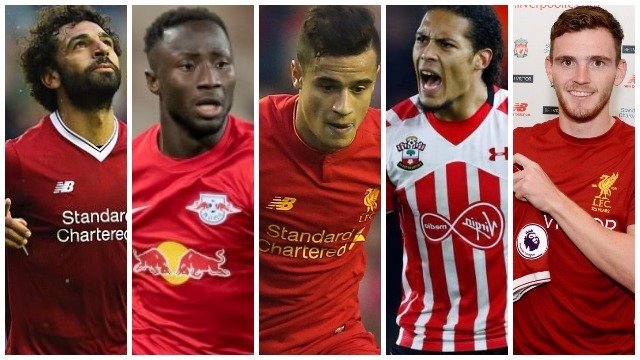 Looking to build on last season’s fourth place finish, Liverpool boss Jurgen Klopp has run into some roadblocks this summer as he tries to strengthen his squad ahead of the coming campaign. The football betting sites always have the Reds pegged as title challengers, but whenever they do make a run for the trophy, the Anfield outfit seems to come up short when it matters most.

That is exactly what the German is trying to change. Strength in depth has been a problem at Anfield with the financial clout of their Premier League rivals turning a once powerful force in the market to a bit part player.

With a spot in the Champions League qualifying stage secured and some serious financial backing from the owners behind him, Klopp has been able to draft in coveted winger Mohamed Salah from AS Roma and fullback Andy Robertson from Hull City, but he’s thus far been stifled in his attempts to bring the likes of Southampton captain Virgil van Dijk and RB Leipzig midfielder Naby Keita to Merseyside.

If you’re going to win the title, you need serial winners in your side.

With that being said, keeping players at Anfield will be just as important as drafting them in. The Reds have seen some of their best talent leave Anfield in search of silverware with the high profile departures of Luis Suarez, who made a prestigious move to Spanish giants Barcelona, and Raheem Sterling, who unceremoniously jumped ship for Manchester City, hurting their own prospects of bagging a trophy or two.

This time around it’s talismanic attacker Philippe Coutinho that the big boys are eying up, but unlike before, Liverpool have no need to sell and the Brazilian, at least publicly, has no interest in going.

“The good news is we didn’t lose – and we will not lose – a player we want to keep this summer,” said Klopp, assuring the Reds faithful that Coutinho won’t be sold out from under him. “That’s the best news, actually, and then we’ll see who we can bring into the squad,” added the German. “I expect a lot of progress from the players based on their experiences from the last years.”

If Liverpool want to be on top come May, they’re going to have to draft in some top-notch players to supplement a squad that’s on the up, but hanging on to their top talent may be the biggest coup of all.

One thought on “Transfer Business Key to Liverpool’s Title Hopes”