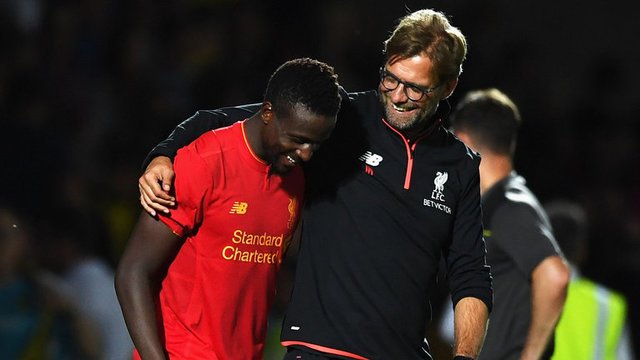 With the third qualifying round of the Champions League done and dusted, Liverpool’s opponent for the play-off round of Europe’s most important club competition will finally be revealed when the draw is held on Friday morning.

“These games are always very important and you’re playing at the top level, so it’s very important how you prepare and what kind of state of mind you’re in,” explained Reds boss Jurgen Klopp, putting the disappointment in the Audi Cup behind him and looking ahead to Friday’s draw. “If you want to win, obviously you want to [draw] a smaller opponent, but we played against Bayern yesterday and we can play much better.”

While they won’t be facing a side with quite the same quality as those they came up against in Germany, that’s not to say that their Champions League qualifier is going to be a formality. Having been seeded for the draw, they’ve avoided some of the bigger fish in the pond, but they could potentially square up against Romanian giants Steaua Bucharest, Swiss side Young Boys, French outfit Nice, German team Hoffenheim or Turkish upstarts Istanbul Basaksehir — each representing a tricky away day and a potential minefield.

“As a group we just have to keep building on our fitness, keep analysing our games and keep learning from these moments, special moments playing against Atletico, against Bayern – against top teams,” explained Reds striker Divock Origi, speaking to the clubs official website after narrowly losing out to the Spaniards in the finale of the Audi Cup. “It’s preparing for what can happen in the Champions League so we will do everything we can to be in it.”