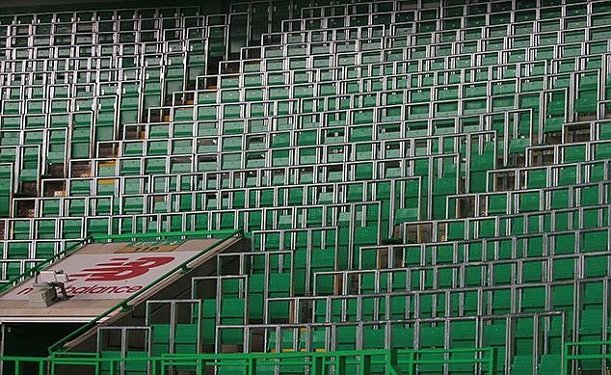 The English Premier League is the most popular soccer league in the world. As such it comes as no surprise that the EPL is often the source of many of the defining moments on the soccer landscape. The Hillsborough disaster in 1989 was one of the biggest and the consequences of the event have continued to reverberate throughout Europe ever since. Because of the prominence of the Hillsborough disaster, the idea of introducing standing areas to the English Premier league might come as a surprise to some. Of course, the development is unlikely to affect betting odds for Liverpool FC matches.

The subject of “safe standing” remains an understandably sensitive and sometimes divisive topic — in case you haven’t been in the loop, English Football is toying with the idea of bringing standing areas in stadiums back in the form of “rail seating”.

The 1989 disaster saw 96 Liverpool fans killed as a result of crushes in the Leppings Lane end of the Hillsbrough Stadium. Because of the incident, all clubs in the top divisions are barred from having standing areas in their arenas. In fact, it is legally mandated for clubs in the top divisions to have all-seater grounds with the requirement pushed by the 1990 Taylor Report into Hillsborough.

Rather than have the conversation take place around them, Liverpool supporters Union Spirit of Shankly asked both fans and Hillsborough families and survivors to weigh in on the possibility of reintroducing standing areas. Although there were a number of reservations raised during the extensive discussions, an overwhelming 88% voted in favour of introducing a section with rail seating.

Making sure that all voices were represented and all available information was outlined clearly and without bias was an important facet of discussions; although it was a landslide “victory” for safe standing, this is far from the end all, be all conversation around the topic with a wider national debate sure to follow.

The standing areas, if they return, will be designed with rail seating that can lock into an upright position to allow for standing and can also fold down to convert into a traditional seat – a configuration that’s becoming increasingly common in the German Bundesliga and since last season available in a small section at Celtic Park.

With just under 18,000 people taking part in the voting, the turnout was much larger than expected and given the outcome there can be no doubt about the support the idea now enjoys.

Of course, even after nine months of discussions, there are still further conversations that must be had. The issue is of considerable sensitivity for the families of those that died at Hillsborough. Those campaigning for the return of standing areas have been encouraged to remember the sensitivity of this subject and take in to account all opinions equally.

There will be plenty of different viewpoints when it comes to re-introducing standing areas if and when the English Premier League begins taking concrete steps to bring them back, any national debate needs to mirror the extensive conversations held by the Spirit of Shankly to ensure that all voices are factored in to the final decision.