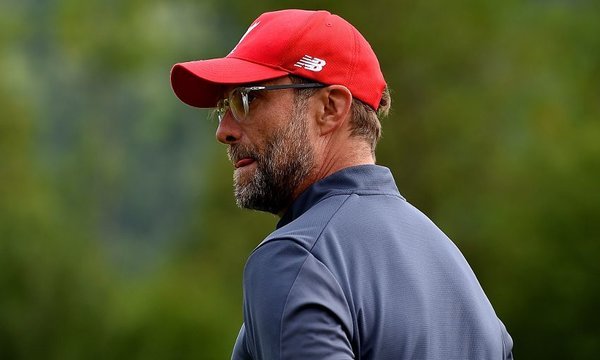 While the transfer tattle piles up alongside talk of Liverpool’s impending return to the Champions League next week, Reds boss Jurgen Klopp is all business with the German keeping his focus firmly on the club’s opening match of the Premier League season at the weekend when the Anfield outfit square up against Watford FC.

“We have to get a little bit of fresh legs back, but that will happen,” explained the Liverpool manager, speaking to the club’s official website. “Tactical things – we’ll have an exact look at what Watford will ask of us system-wise and things like this; preparation and preparation. We will be prepared and hopefully it’s good enough to win,” continued Klopp, happy to get back down to business. “I’m excited. I’ve been looking forward to the first game since we started pre-season. I’m not the best in pre-season – I’m not very patient. I’m happy that we can start.”

Suffering only a single defeat during their crammed schedule, the Reds downed Leicester City to win the Premier League Asia Trophy and swept aside the likes of Bayern Munich and Athletic Bilbao as they jetted around the world getting their act together ahead of not only taking a real shot at bringing home the top prize, but announcing their return to the Champions League — something that’s going to be a tricky bit of business.

“You can’t measure the importance of it. It’s the first game and then Hoffenheim is the second game,” said the Reds boss. “If something happens [with injuries], it happens, we can’t avoid that. We could leave players behind and then they could slip in the kitchen,” joked Klopp, before turning serious. “You cannot do this. We will play completely 100 per cent. Maybe Watford will think we don’t have that mindset. It’s my job to make sure that does not happen.”