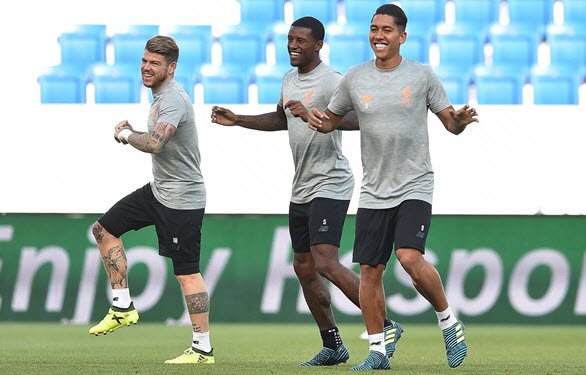 Champions League football! Well, technically and we will have even more of it to come if we prevail over Hoffenheim over the two legs.

First up, Liverpool travel to Germany to face off against the club that helped Roberto Firmino make his name in Europe.

It will be an emotional affair for Bobby but it’s time for him to show his former club everything he has learned since playing in the Premier League with Liverpool.

Coming up against Hoffenheim seemed like a bad thing a couple of weeks ago but now it allows us – the fans – to focus on our other talented Brazilian international player.

I have just alluded to him and now it’s time to inform you of any injuries or suspensions…Phil Coutinho is still reportedly recovering from his back problem and hasn’t been included in the squad.

Andrew Robertson is another player that isn’t travelling with the squad – as is Daniel Sturridge – the former will surely be left out as an option for our home game against Spurs, the latter still isn’t deemed fit to field.

Of course, it’s also expected that Nathaniel Clyne and Adam Lallana also stay behind as they plan to recover in time as soon as possible; Clyne is expected to return for Spurs at Anfield.

I’ve chosen to only include the competitive fixtures from this season.

?Expectedly, this is a hard game to call, on paper Liverpool should win but with the horrendous defending we saw against Watford, it’s difficult to comfortably suggest as much.

Liverpool are going to want to bounce back after embarrassing themselves at Vicarage Road – it’s not so much that the attackers need to step up their game; they looked frightening, we need the defensive players to buck up.

However, I’m fairly confident the lads will pull up their socks and get the job done. Hoffenheim put in a fairly lacklustre performance against Erfurt in their previous game – a fun thing to say when your team drew their last game.

Regardless, come the final whistle, I think the scoreline will be Hoffenheim 2-3 Liverpool and, yes, Firmino will score.

If you’d like to strongly disagree with me or remind me of what I’ve written, when Firmino sensationally returns to Hoffenheim to bag a hat-trick against Liverpool, you can find me on Twitter – @StevenCarsonNR