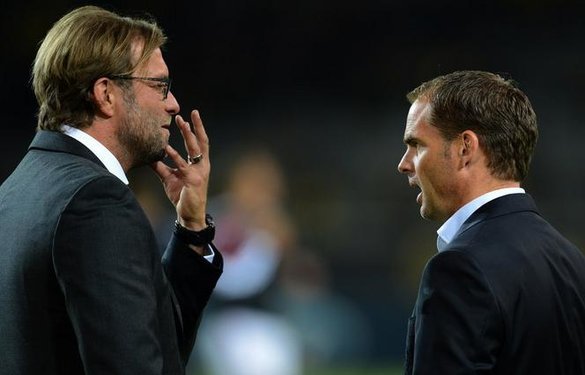 Liverpool may have made quick work of Crystal Palace when the two sides squared up in the Premier League Asia Trophy a few weeks back, but it’ll be a different story when they do it all again at Anfield tomorrow.

“Wherever we go we all need results, that’s what it’s about. I have no time or space to think about what Frank de Boer could face at Crystal Palace, I’m sure they’ve tried a lot to change things and will still try and all that stuff,” said the Reds boss Jurgen Klopp, who faced De Boer when the Dutchman was in charge at Ajax. “I’m not sure they have already finished their ideas, their development or whatever,” added the German manager. “We’ll see what he brings in, but on the second matchday, I don’t think everything is already like it should be – that’s the same for us probably – but in this moment it is about getting results, and that’s what we’re fighting for.”

Neither side started their Premier League campaigns particularly well; while Liverpool gave up a late goal to draw 3-3 in a highly entertaining draw with Watford, the Eagles were suffering a far more embarrassing fate having been spanked by newly promoted Huddersfield in what was De Boer’s first competitive match in charge. While Liverpool will certainly take that in to account, their habit of slipping up against the Croydon club will be at the front of their mind — Klopp, for one, isn’t expecting an easy go of it.

“It will be a tough game, both teams were probably not overly happy after opening day. We could have won the game [at Watford], and for Palace it was a bit different for them losing a home game,” explained Klopp. “We know how they played and what they can change, with [Andros] Townsend not starting. It was unlucky for them and they will want to strike back,” stressed the German manager. “We saw the match [against Huddersfield] and pre-season matches of Palace, and we have analysed that. It will be a different game though of course. But I am looking forward to Anfield and playing there again.”