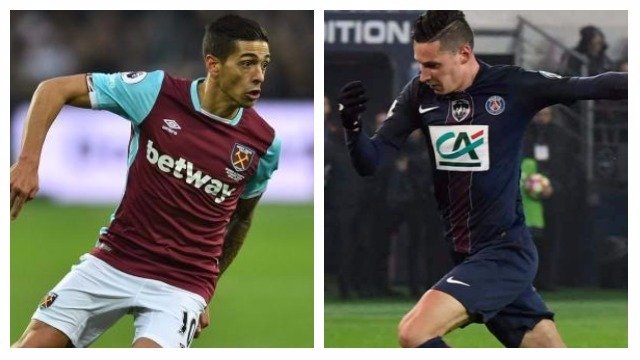 Although Liverpool remain adamant that they’re going to keep hold of Barcelona target Philippe Coutinho, there are suggestions that the Reds have been planning for life without the Brazilian and have identified West Ham United man Manuel Lanzini as a potential replacement for the Little Magician.

“I speak to Manu every day and he is very happy. He feels at home here, he feels wanted,” explained Hammers boss Slaven Bilic, speaking to the press ahead of their meeting with Southampton. “You can feel it, you don’t have to talk to the player but you see he is smiling, he is happy. He broke into the Argentina team, he got a call-up for the September games so he knows that if he plays for West Ham I have a chance to improve, sign a better contract with West Ham and play for Argentina,” added the Croat, rubbishing suggestions you have to play for a traditionally big club to secure a spot on the international stage. “I don’t want to set a price tag on him, I am sure he is going to stay with us.”

While there are suggestions that Barcelona could send a player to Anfield in part exchange for Coutinho, that opens a whole new can of worms that could make an already complicated transfer even more complicated. If the unthinkable does happen, it’s more likely that Liverpool would go out on their own to draft in cover and they may not have to look much further than the real source of Barca’s interest in their Brazilian wizard — Paris Saint-Germain.

The French billionaires drafted in Neymar from the Nou Camp last month for a mind blowing £198mil and are rumoured to have put up Julian Draxler — a long term target for the Anfield outfit — up for sale to try to balance the books and somehow comply with UEFA’s Financial Fair Play rules. If that’s the case, no one has told the German midfielder with his agent ruling out a move away from the City of Lights, telling Bild last week that he “will not be sold this summer” and that their “building a group with the best players”
that he “wants to continue to be part of”.