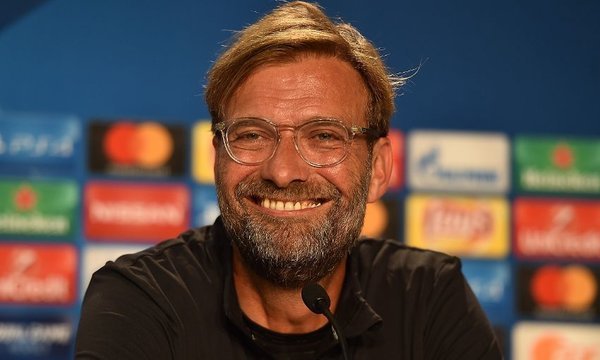 Even ahead of Liverpool’s narrow win over Crystal Palace at the weekend, the specter of the second leg of their Champions League play-off with German side Hoffenheim was hung just over the horizon with a spot in the Group Stages and the excitement that comes along with it lurking not too far from the foreground.

“We have a plan, we need to very calm in our approach to the way they play, the way they pass the ball and the way they create half-spaces,” explained Reds boss Jurgen Klopp, speaking to the press ahead of crucial meeting with the Bundesliga club tomorrow. “They have sufficient players who are good enough and are very offensive,” continued the German manager, knowing full well his side are in for a fight. “It is excellent the way they play and the way they approach matches and I respect that 100 per cent. We have work to do.”

Hoffenheim, of course, travel to Merseyside trailing 2-1 on aggregate having given up two away goals during the first leg. Still very much in it, the German side will look to press their hosts with the Reds defensive frailties no secret to anyone. We’ve seen some topsy-turvy nights in this competition and tonight could very easily be another.

“I think it’ll be a special feeling to play European games here and I’m looking forward to it,” said Matip, excited to hear the roar of Anfield for his first Champions League match. “I think everyone remembers the Dortmund game – a special moment. But now we are here to create our own special moments. Nights like this belong to a club like Liverpool and we will try to do everything to make them happen regularly,” added the Cameroonian defender. “You want to be a part of this history, these moments, but for this you have to work even harder. I think the Champions League and Liverpool belong together – and we will do everything to make sure they stay together.”