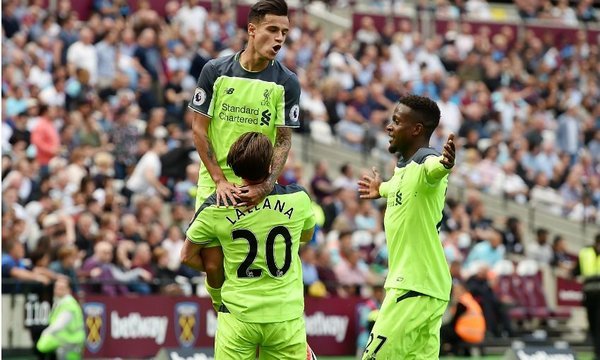 In their biggest statement of intent yet, Liverpool have rejected another bid from Barcelona for attacking midfielder Philippe Coutinho with the La Liga outfits massive offer — believed to be in the region of £119mil — for the Brazilian being brushed off by the Anfield outfit.

Following their thumping in the Spanish Super Cup at the hands of eternal rivals Real Madrid, the Catalonian club have been ramping up their efforts to draft in their two top transfer targets with Borussia Dortmund forward Ousmane Dembele reportedly going on strike to force through a move to the Nou Camp. Earlier in the week Barcelona general manager Pep Segura said that they’re “close” to signing both players, but there’s no evidence to suggest that’s true. To be fair, it’s not even consistent with what some of the other Barca chiefs are telling the press.

“There’s no buy-out clauses so that makes things trickier,” explained Barcelona sporting director Robert Fernandez. “Yes, we are negotiating with clubs to make several signings, but in all awareness of the difficulty,” he continued, admitting that things aren’t going easy. “Dembele and Coutinho are two important players that we like a lot and have done for a long time. They have the conditions, the right age and could adapt to our football,” added the Barca chief. “We still have days ahead of us, would like to move things faster, but do admit they’re two players we would like here. But it’s the clubs who will have the final say on if we finally achieve those two transfers.”

And, if things stay the way they are, the Catalonians are going to miss out. While Liverpool boss Jurgen Klopp has already admitted that whether or not the Brazilian leaves is out of his hands, the German manager has stayed the party line by insisting that there’s been no progress in negotiations between the two sides. That’s ditto for Dortmund with CEO Hans-Joachim Watzke saying that Barcelona is “not one step closer” to signing Dembele and that talks haven’t advanced “even by a millimetre”. Now, if they’re throwing more money at the Reds to try to get Coutinho, they’re almost certain to do the same for the Frenchman.