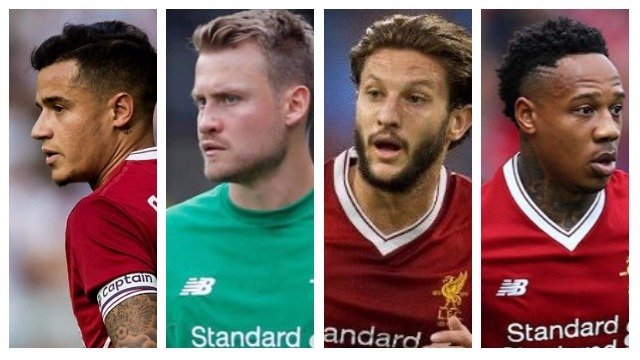 Although he’s kept his cards quite close to his chest, Liverpool boss Jurgen Klopp hinted that Reds attacker Philippe Coutinho could return to the starting eleven against Burnley at the weekend after the Brazilian made his first appearance of the season in the 2-2 draw with Sevilla in the Champions League earlier in the week.

“It’s not the moment where I talk about the line-up of tomorrow, but he should be ready,” said the German manager, confirming that the 25-year old is in the frame to play some part. “How I’ve said, he has trained outstanding in the few sessions we’ve had so far together since he was back,” added Klopp. “The game was not perfect of course, but that’s how it is after a long break. It helped him and helped us and for sure he is ready [for us] to think about.”

While the Brazilian may not necessarily be in it from the start, it sounds like Simon Mignolet will be back between the sticks after sitting out the meeting with the Andalusians. Much like in the win over Arsenal, Klopp opted to draft in back-up ‘keeper Loris Karius; which, of course, is the second time this season that the German shot-stopper has been preferred to his Belgian counter-part despite the Reds boss insisting that there’s a clear hierarchy in place.

“Simon Mignolet is No.1. I said it already. At the end of the season, he will have 85 or 87 per cent of all games I think. For me, that is the No.1,” explained the German manager. “There will be other games, like the last one in the Champions League, where Loris Karius plays. Because he played against Arsenal, I think he was really ready and he played really well,” continued Klopp. “Obviously the crowd needs to get a little bit used to his style of play but this is modern football; he takes the ball and he has cool build-up. I can’t remember one mistake, so he is in good shape and is a good goalkeeper – good for us, that’s all.”

Thankfully, Liverpool go in to the meeting with Sean Dyche’s side with no fresh injuries to worry about — if anything, things are looking up on that front with Adam Lallana on the mend and Nathaniel Clyne making slow, but steady, progress.

“Adam and Clyney are too far away to think about,” mused the Reds boss. “They have to build; maybe Adam can start running this week or the beginning of next week,” said Klopp, sounding optimistic. “Clyney is improving a lot but, in the moment when he could start training completely normal – I’m not sure about when it will be – he will need time for a kind of pre-season,” added the German. “That’s the situation.”