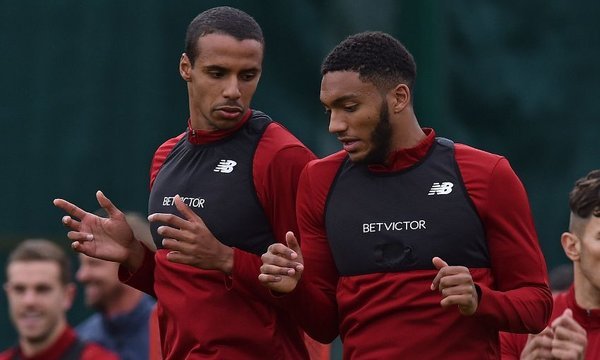 Any goodwill that Liverpool boss Jurgen Klopp earned in the wake of thumping NK Maribor in the Champions League last weekend quickly evaporated after being on the receiving end of thumping of their own away to Tottenham Hotspur last weekend.

Back to square one and languishing mid-table, if the Reds have any realistic hope of battling their way back into the race for a spot in the top four, they’re going to have to start picking up points in a big way. Normally welcoming a newly promoted side to Anfield would be the perfect place to start, but after Huddersfield Town upset Manchester United last weekend, that may not be the case. They’ve only been in the top flight for a short while, but the Terriers have already shown that their bark is just as fierce as their bite — and they’re not afraid to use either.

Complicating matters further, Klopp is set to be without Philippe Coutinho tomorrow after the Brazilian missed training this week with an adductor strain. Since Adam Lallana and Sadio Mane are still sidelined, there could be a recall to the starting eleven for Daniel Sturridge, shifting Roberto Firmino out to the wing to accommodate. The German manager has already said that he’s ready to shake things up, so don’t be surprised if we see the young duo of Dominic Solanke and Ben Woodburn at some point as well.

After shipping four goals last weekend, most of the changes will likely come at the back. Loris Karius, could come in for Simon Mignole — though neither ‘keeper has done much to inspire confidence this year. To be fair, that statement applies to everyone across the back-line. Joel Matip, who is looking shakier as time goes on, should keep his spot in the side, but the inclusion of Dejan Lovren, who came in for some harsh criticism after being yanked against Spurs, is questionable.

“Yes, of course you have to react on the things that happened in the last game or last games, but I cannot make the last game bigger than all the other games,” explained Klopp, reflecting on the defeat to Spurs and how he plans to move forward against Huddersfield. “We said everything about it – it was not enough and we have to show more in pretty much each department, that’s the effect, so yes, we worked on it, of course,” continued the German manager before turning his attentions to the back-line and Lovren in particular. “But yes, everything is OK. Dejan had a good training week, we will see what we will do tomorrow line-up wise, but it’s not about the last game it’s about the next game, the Huddersfield game, what we think will be the best line-up.” 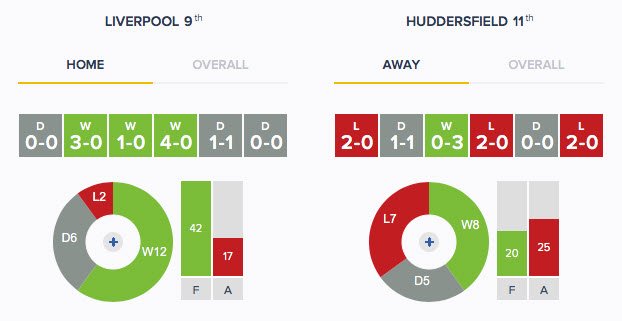 After upending United last weekend, Huddersfield face another stern test, but it’s a challenge they’ll relish. As you’re already well aware, Terriers boss David Wagner is a former protégé and current bestie to our own German manager so if anyone knows how to counter Klopp’s style, it’s going to be him. Coming off a poor run, their win over Jose Mourinho’s side was their first in seven outings and should they pick up another scalp at Anfield, they’ll be the first newly promoted side to beat both teams since Portsmouth in 2003-2004.

With that being said, it’s still going to be a serious feat to accomplish. Wagner is still without on loan Chelsea midfielder Kasey Palmer as well as defensive duo Michael Hefele and Jon Gorenc Stankovic, but attacker Elias Kachunga has recovered from a back problem in time to make the trip to Merseyside tomorrow — which means that the German manager could name the same team that put United to the sword a week ago.

And that would probably suit him just fine. Looking compact and happy to wait for their chances, Huddersfield look like a side able to stifle the Reds attack before hitting hard on the break. Klopp’s high octane style of play has faltered time and again against teams that are all too willing to cede possession, so if we don’t get an early one to open this game up, we could be in for a long day.