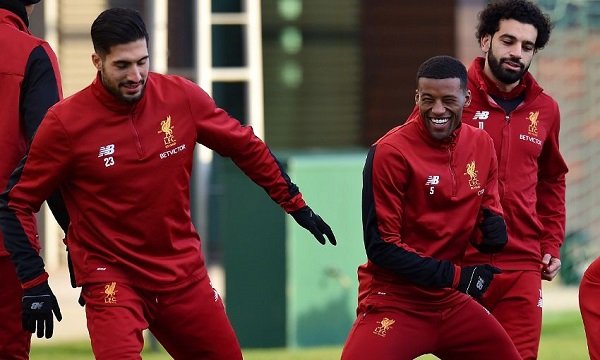 Taking only a single point from their past three outings, Leicester City round out 2017 with a visit to Anfield for a meeting with a Liverpool side that absolutely dismantled struggling Swansea City on Boxing Day to extend their unbeaten home run to 16-games in all competitions.

A splendid Philippe Coutinho effort, a Roberto Firmino double and one a piece from Alex Oxlade-Chamberlain and Trent Alexander-Arnold ensured it was a Merry Christmas for the red half of Merseyside, but the surprise present under the tree came later in the week when the club (finally) announced the signing of long-term target Virgil van Dijk from Southampton.

Although the big Dutchman won’t be able to play for new boss Jurgen Klopp until the transfer window re-opens on New Years Day, the German manager has Joel Matip back at his disposal and the Cameroonian looks fit and ready for more after he completed the full 90-minutes against the Jacks. Whether he’ll be partnered by Ragnar Klavan or Dejan Lovren remains to be seen, but with the fixtures coming thick and fast there’d be no surprise if there were one or two changes to the back-line.

There’s almost certainly going to be changes further up the field as well, but the news that Liverpool captain Jordan Henderson could be out until February with a hamstring injury and Daniel Sturridge’s ongoing health problems puts a damper on Klopp’s options. After sitting out win over the Swans, Sadio Mane should be back in action and James Milner could be drafted in — either at fullback or in the middle of the park — with a a trip to Burnley coming only two days later.

“You cannot learn from it, you only learn to accept it. That’s all,” said the Reds manager. “We have to be fully concentrated on the Leicester game and after the Leicester game we have a few hours to ‘collect the bones’ to see who is able to play against Burnley and then we’ll make the line-up,” continued Klopp. “It’s different. We don’t moan about it. We play Leicester, we play Burnley and we play Everton [in the FA Cup] – no problem with that.”

Coming up against an attack that has scored 13-goals in their last five league matches, the Foxes will be without influential defensive duo Robert Huth and Danny Simpson as well as defense minded midfielder Matty James. Despite only having a single shot on target, Watford managed to upend Claude Puel’s side on Boxing Day with a smash and grab Molla Wague strike and a Kasper Schmeichel own-goal canceling out Riyad Mahrez’s first half header.

They might be down in the dumps, but Leicester have already beat Liverpool this season — dumping them out of the League Cup back in September — and they can do it again. Puel, you’ll remember, has a pretty decent record against Klopp and with the likes of Demarai Gray and Jamie Vardy at his disposal, he’s got a team capable of counter-attacking with the best of them.

There’s been 14-goals scored between these two clubs in their last three meetings and though the Reds have only given up a surprisingly paltry three goals in their ten league matches at Anfield this season, but I wouldn’t bet against them adding to that number. In the end they may not be able to pull off an upset, but they’ll certainly give it the ol’ college try.