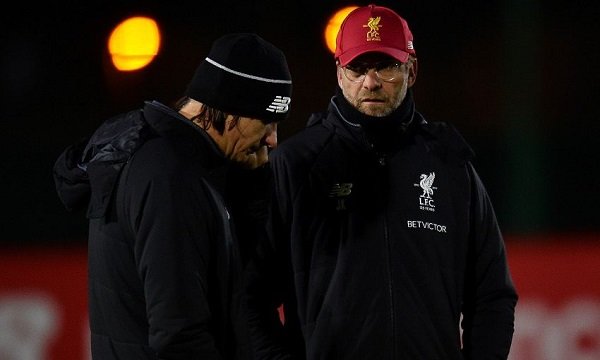 Unbeaten in their last 18-matches and buoyed by their win over league leaders Manchester City last weekend, Liverpool look set to continue their fine run of form and keep pace in the race for a Champions League spot when they visit the Liberty Stadium on Monday.

Although Reds boss Jurgen Klopp has had some notable stumbles against Swansea City, it’s only bee a few weeks since they smacked five unanswered goals past a rudderless and altogether underwhelming Jacks side to celebrate the holiday season in style. As much as I’d like to say we can expect more of the same tomorrow, it’s over confidence that always gets you in the end, isn’t it?

The Swans, coming off a hard fought draw with Newcastle United and a midweek FA Cup win over Wolverhampton Wanderers, aren’t about to roll over and die — especially not in front of their own fans. Swansea manager Carlos Carvalhal, who took the job a mere two days after their trip to Anfield, picked up four points from his first three outings in charge of the Welsh club and as tall an order as it will be, it’s not inconceivable that he might add to that tally tomorrow.

Kyle Naughton, who just served a three-match ban for violent conduct, and fellow defender Mike van der Hoorn, who was nursing a hamstring problem, will be both available tomorrow night and are expected to come right back in to the starting eleven. Although it’s unlikely he’d feature anyways with Carvalhal preferring the power of Wilfried Bony and the speed of Jordan Ayew up top, on-loan striker Tammy Abraham will be watching from the sidelines as he continues his recovery from an abdominal injury.

On the other side of the pitch, Liverpool defender Virgil van Dijk is being tipped to make his Premier League debut for his new club after sitting out the win over City with a slight hamstring strain. Lori Karius will be preferred to Simon Mignolet again as Klopp gives the German ‘keeper a sustained run in the starting eleven and Georginio Wijnaldum looks set to keep his place in the starting eleven with club captain Jordan Henderson still a ways away from a return to action.

With the Jacks languishing at the foot of the table, Klopp could switch things up in attack with either Adam Lallana or Dominic Solanke being drafted in, but with the race for a spot in the top four as tight as ever, the Reds boss could stick with the tried and true trio of Roberto Firmino, Mohamed Salah and a rejuvenated Sadio Mane — a player singled out for some individual praise in the lead up to the trip to Wales.

“At Burnley he scored a fantastic goal but it was not a world-class game of Sadio,” said the Reds boss when asked about Mane. “Since then it has clicked and he is now really back. He works hard, he protects the ball pretty well, no risky dribbling, and he is a world-class player,” enthused the German manager. “The two goals he scored [against Burnley and City], I don’t know a lot of players who could have scored these goals.”

Looking like he’s en-route to getting back to his best, the Senegalese attacker still has a point to prove in the scoring stakes and if he’s given the nod he’ll give the Swansea back-line all kinds of trouble. To be fair, just about everyone gives them problems, but this isn’t the time or the place to talk about that, is it?

Three-points would see us start to open a sizable gap over fifth placed Tottenham Hotspur after they were held by Southampton on Sunday and a big win would see us leap-frog Chelsea and in to third place — with all due respect to the Swans, this will hopefully be a get in, get out, job done kind of match. I mean it when I say that it’d be a shame to see the Jacks go down, but this isn’t a charity.