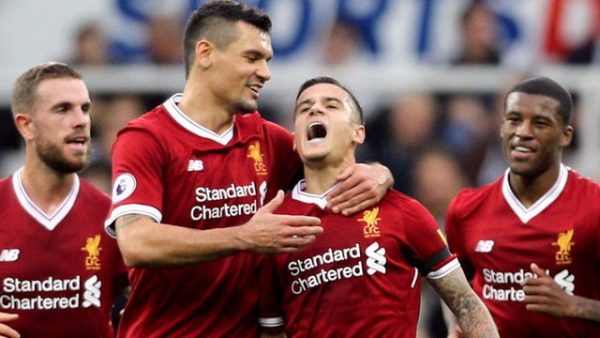 If the Reds showed us last week they can still beat the best teams in the land even without the departed Philippe Coutinho, this week told us they might miss him more against the weaker opposition.

Monday’s defeat at the Liberty Stadium, the first in 19 matches for Liverpool, was precisely the sort of game the former creative catalyst could have made a difference in. A tight contest against a disciplined and defensive-minded Swansea team that was tough to break down, and a game crying out for a moment of Coutinho magic.

It was also a loss that will leave Reds fans shaking their heads once again, coming on the heels of such an emotional high, and one that highlights the urgency to find a replacement for such an important part of the offense at such a crucial stage of the season.

In fairness we created ample opportunities to win this game even without the departed Brazilian, but they lacked composure in front of goal, and indeed throughout the entire lineup.

There were several players who played below par, and as the game wore on you couldn’t help but get the sense this was the sort of frustrating performance that was overdue for a team that has done little wrong for several weeks.

It’s also noteworthy to remember that Liverpool lost to a last-placed Swansea side at Anfield almost a year ago to the day, even with the Little Magician in the lineup.

But at the same time, you can’t help but wonder if he would have made a difference, and at the very least it exposes the lack of real depth manager Jurgen Klopp now has at his disposal.

There’s no doubting the Reds still possess a dynamic attack – as the City win showed – with three game-changers leading the charge.

What they miss now, however, is Coutinho’s creative touch, the sort of touch that can change a tight game in the blink of an eye, and the sort of touch sorely lacking from an inconsistent midfield unit on Monday.

Just as importantly, they also now lack depth, something we witnessed this week with Klopp’s inability to effectively change things up from the bench.

The boss is a patient man. He won’t jump into the transfer window as a reaction to one loss, and he’d be foolish to do so.

In other words, we won’t see any Mario Balotellis coming in at the last-minute to placate an uneasy fan base.

At the same time, however, he’s also smart enough to realize how costly losing the Brazilian midway through such a promising season could be, especially with a busier schedule and Champions League run looming.

The victory over City last week eased the pain of losing Coutinho and gave us the impression it might not be as bad as we thought. The defeat to Swansea, however, reminded us just how crucial it might yet be.

Whether or not Klopp brings in any replacement before the end of the transfer window is unclear, but he’ll be well aware of the gamble he’s taking if he doesn’t.

2 thoughts on “Just how much is Philippe Coutinho’s absence being felt?”