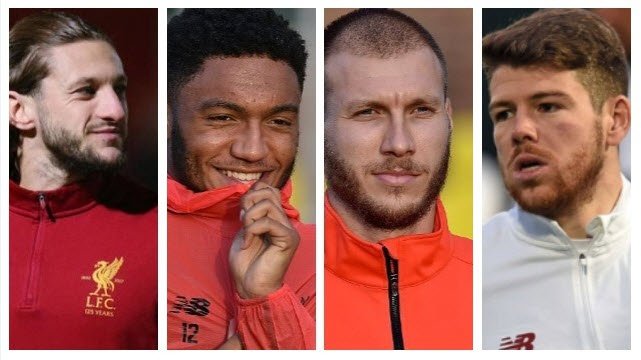 Despite being sent off for violent conduct in a meeting with the Tottenham Hotspur U-23 side, Liverpool midfielder Adam Lallana could return to the first time at the weekend when the Reds square up with relegation threatened Southampton.

“He is for sure an option for the squad, but an option for the first XI? I would think not in the moment, but maybe I can sleep twice before we play Southampton so maybe I will change my mind on this,” explained Liverpool boss Jurgen Klopp. “How it always is with Adam, he is in good shape, really quick, he looks fresh and looks good and you think ‘what can we do with him?’ but we did it twice now,” continued the German manager. “I don’t think it was too early when we did it, but it happened twice so we need to settle a little and then use Adam. There are still, I don’t know, hopefully 18, 19, 20 games to go for us and that’s enough for him.”

Klopp, of course, wasn’t pleased at all with the conduct of the 29-year old and he told him as much, but no action will be taken against him for the sending off and he remains in contention for first team action. Maybe it’s better that Lallana will miss out on this one considering the Southampton faithful have never quite forgiven him for making the move to Merseyside. The other Saints alumn in the squad, including Sadio Mane and Virgil van Dijk, will almost certainly be in for the same kind of reception come Sunday.

Hopefully, that won’t play on the mind; looking to bounce back after a disappointing draw with Spurs last weekend, the Reds will be hoping to keep their place in the top four alive, but it sounds like they’ll have to do so without the services of Joe Gomez with the defender still sidelined after picking up a knee problem.

“He was running outside but not with the team but that means he’s close,” said Klopp, all but ruling the youngster out of the trip to St. Mary’s Stadium. “I don’t think he has a chance for Sunday if they don’t come in and say the running was the good! We can have him this afternoon as well but then Porto, there’s a chance,” stressed the gaffer, before moving on to Ragnar Klavan. “Raggy trained the last two days,” added Klopp, hinting he could return on Sunday, saying essentially the same about Alberto Moreno. “Alberto needed only two days again and looked good yesterday. That’s it – nothing else at the moment.”