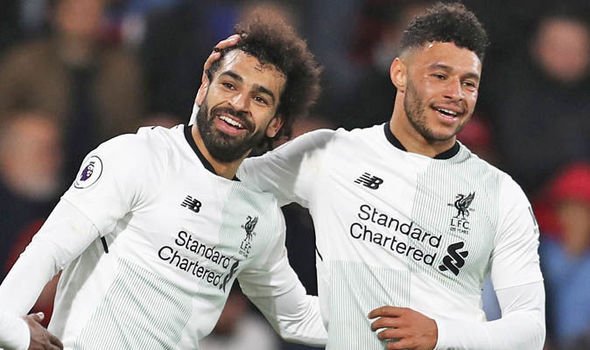 Keeping pace in the race for the Golden Boot and without question the signing of the season, Liverpool attacker Mohamed Salah is in the running for the Premier League Player of the Month and though that would be a massive achievement, the 25-year old has his sights set a bit higher.

“I’m trying to improve all the time because I want Egyptian people to follow my way,” said the Reds winger. “I’m trying to work hard to see my weaknesses and work on them, to change that because we are a huge country. We are a big country, we have many children and everyone can do something,” continued the African Footballer of the Year. “I want everyone to dream, to feel they can do something. I’m trying to change that,” added Salah. “Now, I see the reaction of the people and they are happy. Everyone can dream and believe in themselves. I’m happy about that. This is my way. I always like to put myself under pressure to give more and improve myself.”

With 30+ goals already for the season, you have to wonder just what exactly he can even hope to improve.

Playing alongside Roberto Firmino and Sadio Mane, Liverpool’s attacking trio have an impressive 43-goals in the Premier League alone between them — bettering the haul of all teams in the league bar the top-six sides. In to the business end of the season and vying to secure Champions League football next season with 10-matches left to play, you can only see them adding to that tally.

“It’s frightening. There won’t be too many trios in Europe that can muster up those sorts of numbers,” said Reds midfielder Alex Oxlade-Chamberlain. “They’ve been brilliant for us in front of goal, but defensively as well they know their jobs, they work really hard and they’re really good, honest lads and good to be around,” explained the Englishman. “They’re the type of lads that you really want to see succeed and do well, and you want to do everything you can to help them to achieve their goals and ultimately to help the team achieve all of our goals.”