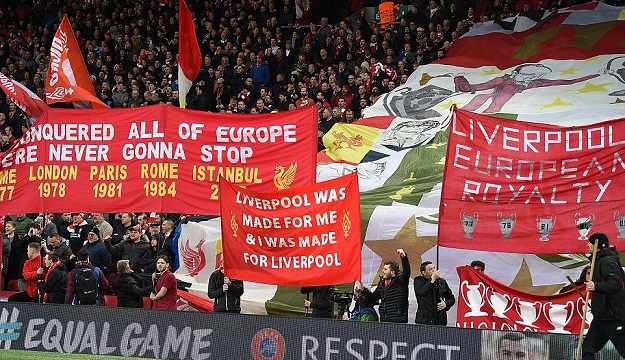 After putting three unanswered goals past Manchester City in the first leg of their Champions League quarter-final at Anfield last Tuesday, Liverpool travel to the Etihad Stadium tomorrow with the semi-finals clearly in their sights, but knowing full well that the job is only half-done.

First half strikes from Mohamed Salah, Alex Oxlade-Chamberlain and Sadio Mane sent the Reds in to the break with a commanding lead and though they took their foot off the gas following the restart, they stayed compact and well organized to keep the ensuing onslaught at bay and stifle the Citizens in their attempt to bag the all important away-goal. The fact that they were able to hang on while under such extreme pressure may prove crucial — tomorrow, they can expect the kitchen sink, all of the appliances and maybe even some silverware to be thrown their way.

That, of course, will open things up substantially. Pep Guardiola, never a manager to sit back and defend, will have to throw his players forward and that opens up a world of possibilities for a team that loves to hit their opponents on the counter-attack. Having rejoined training earlier today, Salah should be fit enough to take up his spot alongside Mane and Roberto Firmino in the Reds front-line.

Club captain Jordan Henderson will be watching from the sidelines after picking up a booking in the first leg that will rule him out of the trip to the Etihad. The skipper’s absence will almost certainly mean that Georginio Wijnaldum will come in the to the starting eleven alongside vice-captain James Miler and Oxlade-Chamberlain with Emre Can still struggling with a back injury. Virgil van Dijk and Dejan Lovren will take up their spot in front of Loris Karius in the Liverpool net and after keeping City attacker Leroy Sane quiet in the first leg, Trent Alexander-Arnold will get the nod, but questions remain over the other flank with the fitness of Andrew Robertson still unknown.

“For me, the whole game is about these two legs, so I am not interested in what changed,” said Reds boss Jurgen Klopp, dismissing suggestions that they’re now the favorites to go through to the next round. “How it always is in football, you have to go into the lead, you want to score goals, and in the end the final whistle will decide who has won the game,” stressed the German manager. “We are only in the lead, no problem with that and it is better than I could have expected – but we all know, and I think you all know, there is still a lot of work to do,” added the gaffer. “It’s all about going to the next round – that’s what we will try to do tomorrow.” 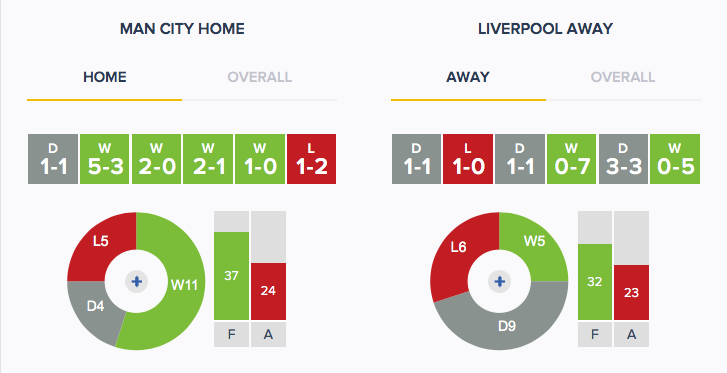 The chances of this one ending scoreless are slim to none; an early goal for the Reds would mean that their hosts would need to score five to win on aggregate and though for most sides that might be a bridge too far, the Citizens did just that when Klopp’s side graced their doorstep earlier in the season. They drew a blank at Anfield, but at the Etihad it’s been a whole other story for the Guardiola’s boys. Sergio Aguero, who missed the first leg through injury, will be in contention and Raheem Sterling, who watched from the bench for the first hour of the meeting on Merseyside, will almost certainly return to the starting eleven as they try to overturn the first leg deficit.

We know they can score, but questions remain over whether or not they’ll be able to keep their visitors at bay. Their 5-0 win earlier in the season came on the back of Mane being sent off in the first half and after they fell apart against Manchester United at the weekend — giving up a two goal lead and with it the chance to secure the Premier League title against their cross-town rivals — the mental state of the likes of Vincent Kompany, Nicolas Otamendi and even Fernandinho will play a part.

Liverpool are going to attack because that’s what Liverpool do. The travelling Kop is going to make some noise because that’s what the travelling Kop do. The Reds are going to push for the semi-finals as hard as ever because…well, you get the point. What, exactly, do City do? There’s no disputing the fact that they’ve played some fantastic football this season and while that’s exactly what you’d expect from a roster overflowing with talent, when their backs are against the wall do they have what it takes to fight their way back?