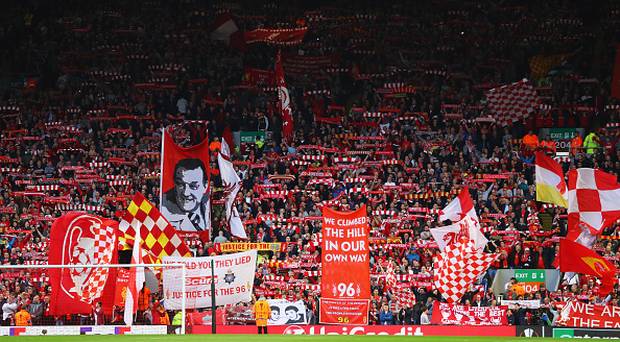 It’ll be a surreal scene when Liverpool and AS Roma run out at Anfield tomorrow for the first leg of their Champions League semi-final showdown — neither side were given any chance of making it this far in the competition, but one of them will be heading to the final in Kiev next month with a massive chip on their shoulder and a real point to prove.

Dismantling newly crowned Premier League champions Manchester City in the quarter-finals, the Reds know a thing or two about winning in Europe and they’ll look to carry on that tradition in what will be their first final four appearance in a decade. The Giallorossi, however, have never progressed past the last eight since the competition was re-branded back in 1992, but after coming from behind to upset the heavily favoured Barcelona, Eusebio Di Francesco’s side have more than earned themselves a trip to Merseyside and a shot at completing what once seemed like an impossible dream.

It’s a match over thirty years in the making; these two sides, as you well know, have history between them with a famous European Cup final between them ending in Liverpool lifting the trophy for a fourth time. That, of course, is neither here nor there and though history weighs heavy on both, it won’t decide who books the ticket to Ukraine.

Back in the mix after being suspended for the second leg of the City tie, Liverpool skipper Jordan Henderson will almost certainly be joined by Alex Oxlade-Chamberlain in the midfield, but whether it’ll be Georginio Wijnaldum or James Milner with them remains to be seen. Keeping one eye on Tuesday, Reds boss Jurgen Klopp held back Roberto Firmino and Dejan Lovren as well as fullback pair Trent Alexander-Arnold and Andrew Robertson for the draw with West Bromwich Albion at the weekend.

Drawing with the Baggies, who are bottom of the Premier League and almost certain to be relegated, wasn’t the best result to build up the confidence, but the Anfield outfit remain the favorites to go through — just don’t ask Klopp about it.

“I don’t like to talk about things like that before we play it,” said the German manager, sounding a touch annoyed. “It would be very special, everybody can imagine – very, very special. But it’s nothing to talk about,” stressed the gaffer, keeping the focus on the first leg. “We have to talk about the game against Roma and not what it would mean if we go through. We have to deserve that, not to talk about it. That’s what we try to do with all we have.”

And, it goes without saying, that the Romans will do the same. Kevin Strootman forced an own goal and both Radja Nainggolan and Patrik Schick found the back of the net as Di Francesco’s side swept past SPAL 2013 on Saturday. They’ll certainly find things tougher going at Anfield when they come up against the likes of Virgil van Dijk and Loris Karius and though it sounds a bit odd to say on the back of a 3-0 win, they’re going to have to be more clinical in front of goal if they want to bring anything back to Rome as Stephan El Shaarawy missed enough chances to have bagged a hat-trick and then some.

Klopp wasn’t the only one to prioritize the Champions League with star striker Edin Dzeko, Alessandro Florenzi and club captain Danielle De Rossi out of the starting eleven at the weekend.
Attacking midfielder Diego Perotti, who has been out for the last two weeks, returned to action against SPAL and could yet have a part to play at Anfield, but all eyes will be on Giallorossi fullback Aleksandar Kolarov and how the former Manchester City man deals with Mohamed Salah.

The freshly minted PFA Player of the Year, who made the switch from the Eternal City this summer en-route to scoring his 31st league goal of the season at the Hawthorns, found the back of the net in both legs of the quarter-finals and is sure to cause the veteran defender all kinds of problems. While the Egyptian remains our most poignant threat, we have goals in us all over the pitch with the likes of Sadio Mane, Firmino and Oxlade-Chamberlain no slouches in front of the net.

With that being said, you don’t need me to tell you that the The favorites tag means absolutely nothing — both of these teams have already proved that. There’s no easy matches at this stage — it’s the Champions League semi-finals and we’re in for a show. The Reds are coming up the hill…