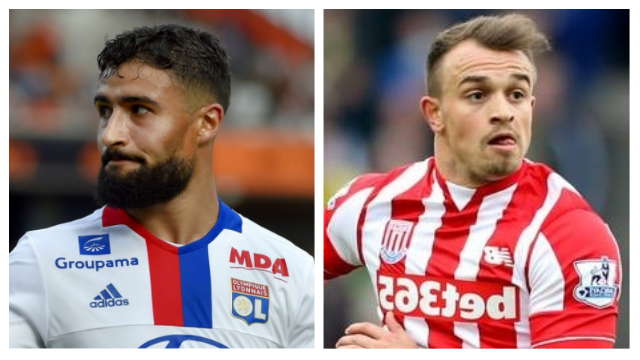 We still don’t know for sure what lead to the collapse of Liverpool’s deal for Lyon captain Nabil Fekir and though there have been numerous rumours linking the Reds with alternatives to the creative Frenchman, it seems plausible that the Anfield outfit could revisit the deal once the World Cup is over.

Liverpool boss Jurgen Klopp is a known admirer of the dynamic midfielder, but concerns over his fitness — his knee is particular — and ability to fulfill what would have been a lucrative five year deal appears to have put the kibosh on his move to England. Although the Ligue One side have declared that they’re not going back to the table and that the 24-year old will remain at the Groupama Stadium next season, his agent has suggested otherwise.

“Um…he didn’t sign because um…it is not over!” said Jean-Pierre Bernes, speaking on French television during their World Cup coverage. “This is not the end of the story.”

While there’s surely more than one twist to come in the Fekir saga, a deal that would see Stoke City attacker Xherdan Shaqiri move to Merseyside appears to be reaching the closing stages with the Swiss talisman looking to seal a move away from the recently relegated Potters.

It’s unlikely that the 26-year old would command a starting place at Anfield with the attacking trio of Roberto Firmino, Mohamed Salah and Sadio Mane arguably the most deadly strike-force in Europe, he’s can provide them with competition and give Klopp the kind of depth the club so desperately needs. That, of course, is one opinion — Gary Neville, who’s no friend of Liverpool, has a completely different one.

“I’m not a fan of Shaqiri to be honest with you,” said the Sky Sports pundit. “I think that was made worse by the fact that he distanced himself from his teammates as Stoke. [Stoke] were unprofessional last season, there’s no doubt, and he epitomises it,” added the former United defender. “He could score the goal of the tournament and could have the most amazing game. But he could also be there for three matches, do nothing and just amble and waddle around.”