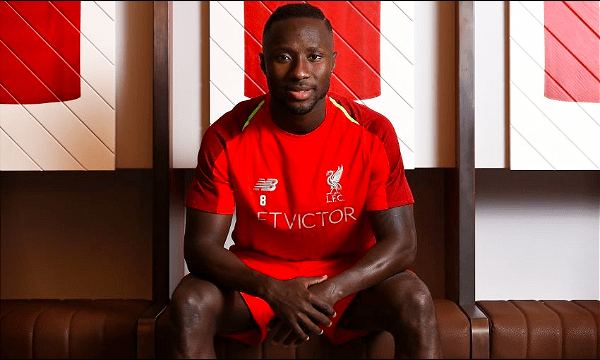 The Guinean international has today completed his first training session with the Reds ahead of what is anticipated to be their best under Jürgen Klopp, and the 23-year-old has gave his first interview ahead of his switch to Anfield and why the Merseyside’s were his favoured destination.

“I chose Liverpool because it’s a team I watched often, and I also spoke a lot about it with Sadio.”

“I also spoke with the coach, who told me about the project for the team and that motivated me to be here.”

Well, now that the former RB Leipzig midfielder is days away from being confirmed as a Liverpool player, all the speculation seemed to be about what shirt number he will attain.

It seems now that we have our answer.

Heading in to the new season, Naby Keita will wear the famous number 8 shirt that has been attached to so many phenomenal individuals in the past such as, Kevin Keegan, Graeme Souness and none other than club icon and legend Steven Gerrard, who presented the Guinean with the shirt. The 23-year-old also spoke out about his delight at wearing the number 8.

“It’s an important number and it carries a lot of history. But more importantly for me, having this number gives me the motivation to play and to follow in the footsteps of the players who’ve worn this shirt before.”

Liverpool fans can now look forward to seeing the midfielder wearing the number 8 shirt and could happen soon, as Jürgen Klopp’s Reds, those who are not at the World Cup, take on Chester FC on July 7th, kick starting their pre-season ahead of the new campaign.

So what do you think of the new arrival Naby Keita and what he will bring to the team?