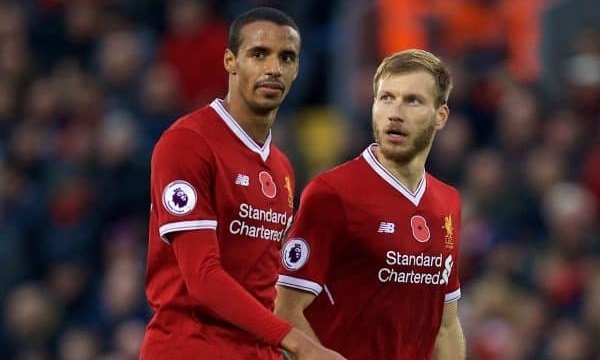 There’s still one more pre-season fixture to get out of the way before the campaign starts in earnest, but Liverpool boss Jurgen Klopp is already looking past the meeting with Italian side Torino FC at Anfield tomorrow to their Premier League curtain raiser against West Ham United next Sunday and the German isn’t exactly chuffed with what he’s seeing.

As it stands, the gaffer has only two fit central defenders with both Joel Matip and Ragnar Klavan sidelined with hip and hamstring problems respectively. It goes without saying that the Reds will still be a force to reckon with when they welcome the Hammers to Merseyside less than a week from today, but their fitness concerns could lead to some decent payouts for enterprising punters that want to take a chance on West Ham finding the net with the online bookies.

“Joel, we’ll have to see,” said Klopp speaking to the Liverpool Echo. “Klavan, shouldn’t be too serious, but if Tuesday is too early, I don’t know yet,” mused the German manager, hinting at a tactical reshuffle. “Maybe we will do some magic things with the formation on Tuesday. I don’t know how we will do it.”

Liverpool have made significant strides in the market this summer as Klopp has moved to not only address their lack of strength in depth, but to also help beef things up at the back. The addition of Fabinho from AS Monaco will help add some steel to the midfield while the cash splashed out to bring in highly rated shot-stopper Alisson Becker from AS Roma already looks to be money well spent, but a truly world class partner for Virgil van Dijk is still missing from the equation.

With Matip and Klavan sidelined, the Reds boss will most likely look to Joe Gomez to fill the void — certainly not a bad option, but considering he hasn’t spent much time playing beside the towering Dutchman, it’s a liability nonetheless. Dejan Lovren, who looked solid throughout the World Cup as Croatia just barely missed out on claiming the most coveted trophy in football, is set to return to training early this week, he certainly won’t face Torino or be ready in time to run out against the Hammers at the weekend.

“Dejan didn’t train so far,” explained Klopp. “He probably won’t play Tuesday and Sunday will be very difficult as well,” continued the German, who is known to stick to a very rigorous training strategy. “The first two league games at least are in the preseason [for World Cup players].”