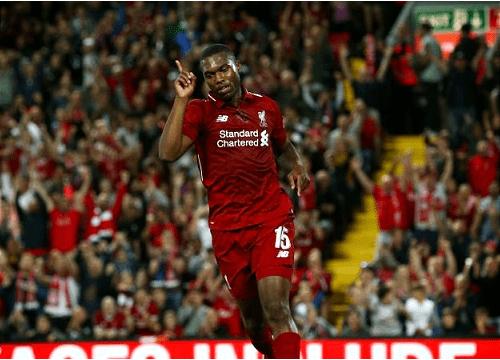 It’s been a topsy-turvy career for Daniel Sturridge it is fair to say, with the 28-year-old falling to so much misfortune with injury after injury which had questionably ended his Liverpool career.

However, the England international could be set for one of his best seasons in recent years.

Daniel Sturridge has very much split the Liverpool fan base when it comes to his future at Anfield. I myself have doubted that the strikers future was still with the club, considering the events of last season.

First of all, it can’t go without crediting his Liverpool career when former Reds boss, Brendan Rodgers, signed the then 23-year-old from league rivals Chelsea back in January 2013.

With the partnership of Luis Suarez, the English striker was highly considered as one of the best in the premier league, having found the net 21 times in 29 appearances, contributing to a second-place finish in what is Liverpool’s best domestic campaign since the turn of the new decade.

From then on, it really hasn’t been great for the former Chelsea and Manchester City man. Following the 2013/14 season, Sturridge has scored just 21 goals in four league campaigns, only starting in 40 competitive games during that time.

Thinking back to last pre-season, I was so convinced that Sturridge’s injury woes were at last all over and that Liverpool fans were going to see the return of form that we all know he is capable of.

Prior to the start of our European campaign in the Champions League qualifier against Hoffenheim, it was back to what we know, Sturridge was injured yet again.

With the form of Roberto Firmino, it was clear to see that the 28-year-old would not be a key figure for Jürgen Klopp, particularly as Dominic Solanke was the preferred back-up striker ahead of his English counterpart.

After only featuring 9 times last campaign scoring 3 goals and his future at the club in major doubt, Klopp loaned out Sturridge to struggling West Bromwich Albion in hope of reinvigorating his form and giving the German enough reason to persist with the 28-year-old.

It proved difficult again for the out-of-sorts striker as he only managed 6 games whilst on loan at the Baggies from his January move to the Hawthornes, which saw West Brom relegated to the Championship.

Now I don’t want to speak too soon but this pre-season, the Englishman seems to have salvaged his Liverpool career when most, myself included, had pegged him to get the boot heading into the summer transfer window.

With the Reds returning to Anfield last night for the final pre-season fixture before the new campaign kicks-off next weekend, Sturridge has been in great shape, with no signs of any frailties of such thus far and has shown us all again after another goal to his name.

The injury-stricken Sturridge has featured in all pre-season games for Jürgen Klopp, having scored 6 goals is showing that he is still very much a key player for this side who are aiming to achieve silverware for the coming season.

Following the Reds penultimate pre-season fixture against Napoli in Dublin Saturday evening, Sturridge had spoken of his attitude going into the new campaign, and by all accounts, is very much determined to play his best football in years;

“I’m just having an attitude of enjoying myself and not putting pressure on myself or worrying about anything I can’t control, which is what I can do.”

It really is a matter of let’s just wait and see, but Sturridge, providing he does stay fit, will be a crucial element of the squad that can contribute to what we all hope will be a successful campaign.