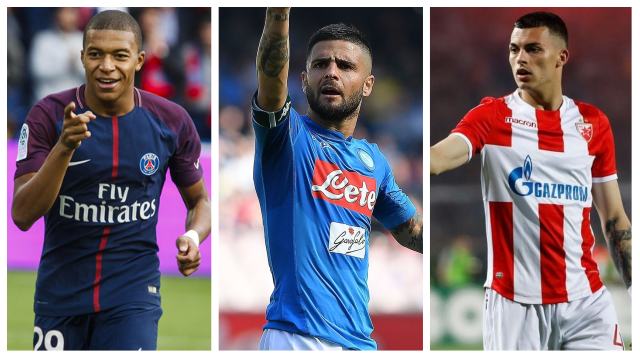 Considering it’s a competition comprised of the best teams from across Europe, there’s really no such thing as an easy ride in the Champions League, but Liverpool were handed a particularly tough group when the draw was conducted yesterday in Monaco.

The Merseysiders will square up with the likes of French juggernauts Paris Saint-Germain, Serie A runners-up S.S.C. Napoli and Serbian champions Red Star Belgrade in the Group Stage of UEFA’s premier club competition — the kind of group that’ll have you checking the odds and sign up with Betfair promo code to get in on the action.

“To be 100 per cent honest, it was not that I had a group I wished for or whatever. I expected a difficult group, we have a difficult group and that’s what the Champions League is all about,” explained Liverpool boss Jurgen Klopp, giving his immediate reaction to the club’s official site. “It’s important and interesting to watch the draw, but in the end you have absolutely no influence on it,” said the German manager when asked about the quality in their group. “Now we can start having influence because now we can prepare for the games and look at their games.”

And, at the end of it all, they’ll look to one better than they did last year. Finishing runners-up to three-peat champions Real Madrid at the end of what was a miraculous run to the final, Kopites the world round can’t wait to conquer Europe all over again.

Getting out of the group will be priority number and that mission starts on September 18th when PSG visit Anfield. A trip to Napoli gets October started ahead of back to back meetings with the always unpredictable Red Star on October 24th and November 6th. A quick hop over the channel on November 28th has the Reds visiting the Parc des Princes before the club welcomes a familiar face in Carlo Ancelotti and his Partenopei back to Merseyside to close it all out.

“If you think about the group, you are already out. If you think it is too difficult, you are already out,” mused Klopp, as effervescent and philosophical as ever. “We don’t think either,” continued the gaffer, taking a rather Zen approach to the whole thing. “We will play the games, we will be competitive – that’s what we have to make sure – and that is all.”