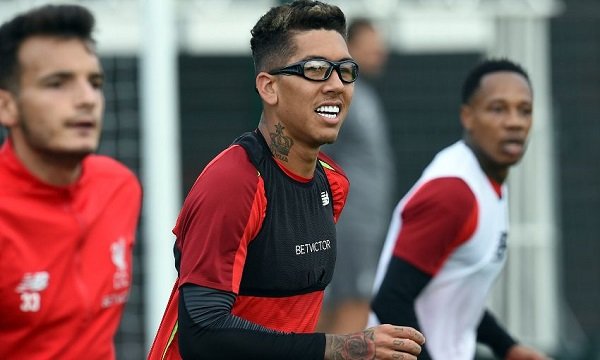 You have to stretch all the way back to the start of the Sixites to find a time when Liverpool won their opening six matches of a season, but if they pick-up all three-points against Southampton at Anfield on Saturday, they’ll be one step closer to hitting seven for the first time in the history of the club — and, without sounding over-confident at all, it’s hard to picture them not pulling closer to that milestone.

Having won their last seven matches in a row on Merseyside without conceding a single goal, the Reds are overflowing with confidence and the odds reflect just that with the likes of betsquad.net backing the Reds to pick up all three-points. The Saints, on the other hand, have failed to find the net in their last four meetings with Liverpool and saw three precious points slip away on Monday night when Brighton and Hove Albion came from two goals down to snatch a point on the South Coast.

It might be tough times for Southampton, but it’s no time for us to get complacent.

“As a team, we’ve got off to a great start. If you’d said in the summer we’d win all our first six games, we’d have bitten your hand off to take it,” enthused Liverpool defender Joe Gomez, clearly pleased. “It’s a great, a great experience for us, but we have to keep going and keep progressing,” added the 21-year old, whose performances in the heart of the Reds back-line have been rather impressive. “That’s what a top team has to do – never be satisfied, thinking we’ve won a few and have any kind of breathing space. We need to keep going and be relentless every week.” 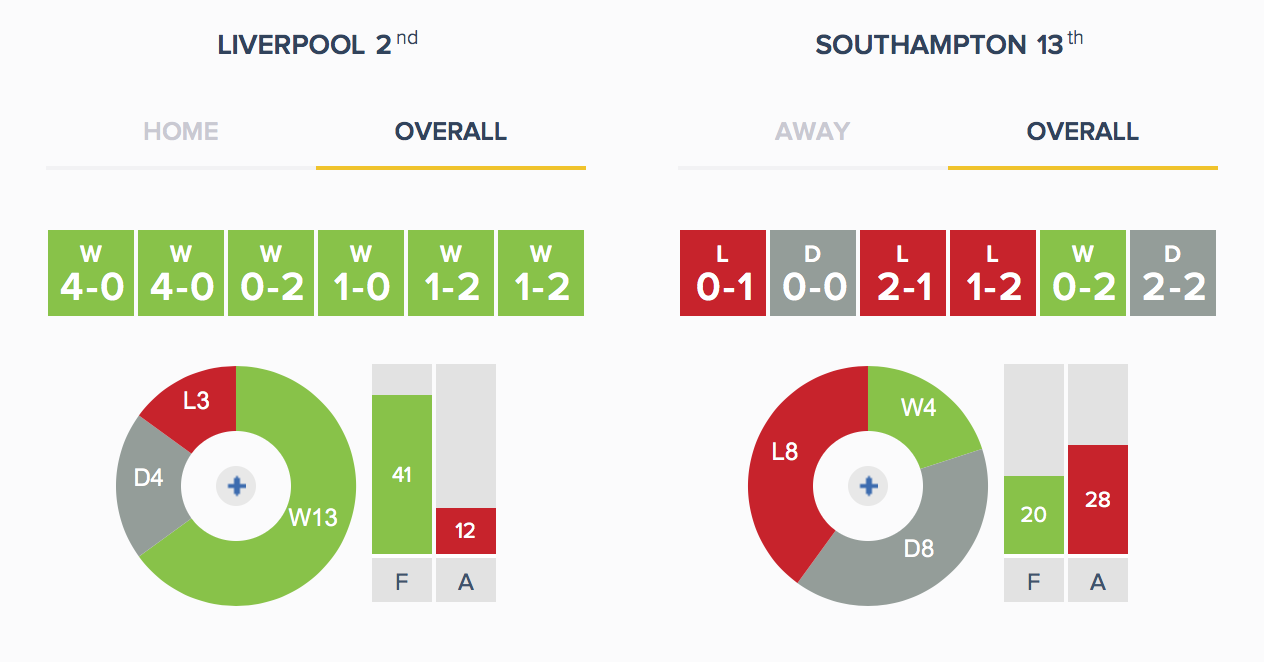 Infographic courtesy of our friends at KickOff.co.uk

An eye injury kept Roberto Firmino from starting the win over PSG on Tuesday, but after coming off the bench to bag the winner, the Brazilian is ready to reclaim his spot in the starting eleven alongside former Saints man Sadio Mane and Mohamed Salah. There’s a good possibility that Naby Keita is drafted in for Jordan Henderson after the skippers exploits in Europe, but barring any last minute disruptions the back-four of Trent Alexander-Arnold, Gomez, Andy Robertson and another former Southampton transplant in Virgil van Dijk will start in front of Alisson.

Coming up against a reorganized Liverpool defense, Saints boss Mark Hughes who will be trying to claim his first victory at Anfield in his last eleven visits to Merseyside. The journeyman manager will be without top scorer Danny Ings since he’s ineligible to play against his parent club while on loan on the South Coast and he’ll only know whether or not fellow attacker Manolo Gabbiadi will be fit enough for kick-off after a late fitness test on a hamstring problem.

A beauty of a hit from Pierre-Emile Hojbjerg got the hosts going against the Seagulls on Monday night and a well struck Ings penalty made things comfortable, but it all unraveled after that with a virtually unmarked Shane Duffy pulling one back before James Ward-Prowse’s indiscretion sent Glenn Murray to the spot to claim a late equalizer.

Trophies are far more important than milestones, but if the German manager is going to make a run for the title, becoming the first Reds boss to win his first seven league matches of the season isn’t a bad way to get things started. With that being said, I’m sure he’s far more interested in getting the three-points and getting on with it — in the middle of this run, there’s really no time to dwell on trivialities.