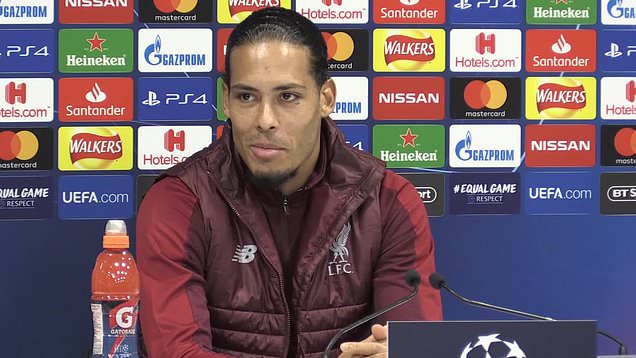 Squeaking past Manchester City to top the Premier League table coming out of the weekend, Liverpool have no time to bask in the glory of their domestic accomplishments with a do or die showdown with Napoli looming large on Tuesday.

With the real risk of dropping down to the Europa or crashing out of Europe altogether on the table, punters from all over will be hunting for the hottest UK online bookies offers to try to snag themselves the best odds on what’s sure to be a tense outing. A simple 1-0 win will see the Reds secure a spot in the next round, but if the Italians snag a goal it gets that much more complicated and would require the hosts to win by at least two.

You have to look all the way back to 2016 to find the last time Napoli won a Champions League outing away from home, but Partenopei boss Carlo Ancelotti is a proven master of European competitions. The other, less likely scenario, is a win of any sort putting Liverpool through if Paris St-Germain fail to navigate their way past Red Star Belgrade, but no one is counting on that happening.

“The only way to make that sure is to really perform at our highest level in the two big parts of the game: defensive and offensive,” said the German when asked about securing a spot in the knock-out stages. “The group is a hard one; that was clear when we got the draw. Now we have the chance to go through and that is pretty special after the campaign we played so far,” added the gaffer, clearly wishing they were already through. “It is a big opportunity for us and we will try everything to put it right.”

Klopp, of course, is referring to the fact that they’ve yet to win on the road in Europe this season, suffering narrow losses to both PSG and Napoli away from home and a a shock upset at the hands of Red Star. To make matters that much worse, Liverpool failed to register a shot on target when the visited Naples back in October with the visitors well marshaled by an organized Partenopei defense.

We’ve seen some special nights at Anfield, but barring last seasons run to the final, our record makes for dismal reading with the Reds twice knocked out at the Group Stage in their last three Champions League campaigns. No one wants to wake up on Wednesday to the realization that we’re in the Europa League — especially not Liverpool defender Virgil van Dijk.

“You want to play at the highest level,” stressed the Dutchman. “Obviously you don’t want to be in the situation we could be in tomorrow where we could maybe get knocked out, but it is how it is and we are looking forward to it,” continued the the towering centre-back, sounding confident. “We are doing very well in the league and we need to show it in the Champions League as well, and hopefully we can keep doing that after tomorrow.”