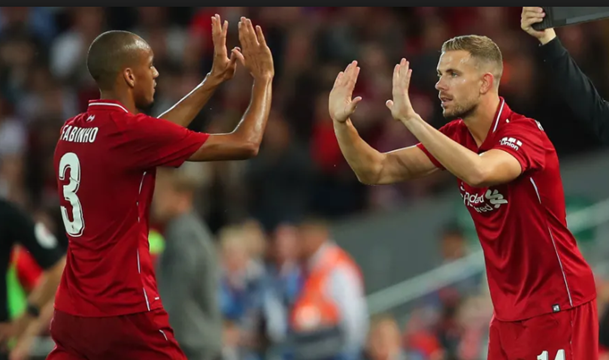 Knowing full well that Liverpool’s defensive lynchpin Virgil van Dijk will sit out the first leg of their Champions League clash with Bayern Munich through suspension, Reds boss Jurgen Klopp has been forced to consider who will partner their one fit centre-back in Joel Matip when the Bavarians roll in to town.

Joe Gomez, who underwent a successful operation on a leg fracture earlier in the month, is out of the question and Dejan Lovren is likely to watch from the sidelines come Tuesday evening as he continues his recovery from a hamstring injury.

“I don’t want to rule it out but I cannot really plan with it,” said Klopp, refusing to rule Lovren out completely. “If Dejan gives a sign on Monday – ‘I feel brilliant’ – then we’d have to think anew,” continued the German manager, hoping for the best, but planning for the worst. “But in the moment we prepare the game and in this preparation Dejan is not involved. We have to find other solutions.”


Someone has to partner Matip and if Lovren isn’t available that responsibility will likely fall squarely at the feet of Fabinho. There’s also been suggestions that club captain Jordan Henderson could be tasked to fill in, but the logical signs point to the big Brazilian stepping in in to role again.

Fabinho, as you know, has filled this role for us before and has done quite well, but he’s had the calming presence of van Dijk to guide him along — a luxury he won’t have this time around. Regardless of who is drafted in, Bayern will almost surely target them as the weak point. The German giants are a handful at the best of times, but with a chink in our armor this large, the boys are going to need the crowd to get behind them in a big way.

“Last year, I can remember about the semi-finals that they played against us, it was difficult. It was an unbelievable atmosphere,” said Liverpool ‘keeper Alisson, speaking about his experience coming to Anfield with AS Roma last season. “We players, we want a team that wants you, a team with quality with a good manager and with great supporters,” added the Brazilian. “The supporters are a great part of this team. They cannot go to the pitch and play but… they can do something to move us, to charge us to do something more on the pitch.”