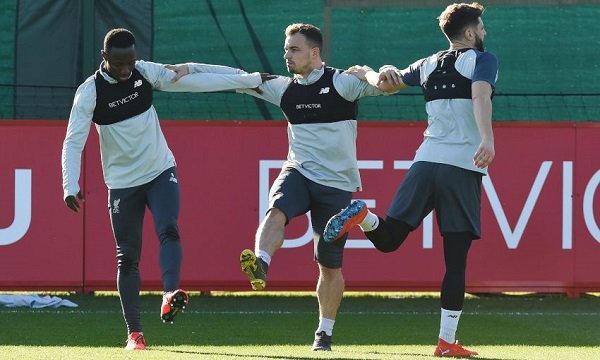 For all the talk of Liverpool feeling the pressure of the Premier League title race rolling in to the business end of what has been a grueling campaign, when they visit Old Trafford on Sunday it’ll actually be their hosts that’ll be stuck in an uncomfortable spot.

This is a different Manchester United side from the one who bowed out so meekly when these two teams met at Anfield earlier in the season, but it’s not so much in personnel but rather in attitude where the change is so apparent.

On the back of being embarrassed on Merseyside, Red Devils fan favorite Ole Gunnar Solskjaer replaced the increasingly erratic Jose Mourinho and the Norwegian manager hasn’t looked back, taking an astounding 25-points from nine Premier League matches in charge.

So, why exactly will they be feeling the heat? When the Reds roll in to town, the rivalry gets supercharged, but this stretches beyond mere tribalism. Losing to Liverpool would see the balance of power shift back to Anfield in title race and as much as winning would boost United’s chance of a top four finish, beating them hands the impetus to cross-town rivals Manchester City.


Catch-22’s aside, United are in a good place. Having climbed from mid-table obscurity under Mourinho to European contenders with the help of Solskjaer, they look far better equipped to handle the ample threat posed by the Reds with the players once again enjoying their football.

Paul Pogba, in particular, looks like a whole new man with eight goals and five assists in his last nine Premier League outings. The Frenchman can’t do it alone though and it appears he may not have to with both Jesse Lingard and Anthony Martial — who both picked up injuries in the loss to Paris Saint-Germain last week in the Champions League — on the verge of returning to action.

“It’s a big one, absolutely a big one, and we know it is a difficult one as well,” explained Reds boss Jurgen Klopp, speaking to the press ahead at Melwood on Friday. “They are in a good moment – a really good moment – they are physically strong, they defend well, they attack well,” mused the gaffer, giving respect where it’s due all while keeping his eyes on the task at hand. “We will go there and be as good as possibly prepared and try everything to get a result there, that’s the plan.”

And, really, it’s the only plan we need because it’s the only result that’ll do us any good. Besides long term absentees Joe Gomez and Alex Oxlade-Chamberlain, Dejan Lovren is the only notable absentee from the squad. After missing out on Tuesday’s scoreless draw with Bayern Munich through suspension, Virgil van Dijk will return to the starting eleven and should partner Joel Matip in the heart of the Reds defense.

Ahead of them, things get a little murky. Does Fabinho, who put in an excellent shift as a stand-in defender, anchor the midfield or does Jordan Henderson keep that role after impressing against the Germans? Will Klopp opt for experience over industry by picking James Milner over Naby Keita? Georginio Wijnaldum looks undroppable at the moment, but does that mean Xherdan Shaqiri — who loves a goal against United — will watch from the bench?

The debate will rage leading up to kick-off time, but does any of that matter all that much at this point? Regardless of who is on the pitch, Liverpool have found ways to win and if we can reverse our terrible record away to United — one win out of their last nine league visits — and take advantage of our match in hand to go top of the league at arguably the most hostile ground this side of an actual war-zone, I don’t care how it’s done or who does it.

Call me old fashioned, but I just want three-points and to see some sour faced Mancs — both red and blue — at the final whistle.