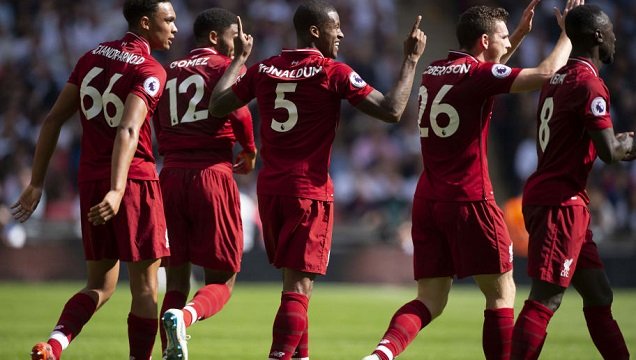 Germany suffered the first loss in their Euro 2020 qualification group at the hands of the Netherlands yesterday.

Liverpool star Gini Wijnaldum sealed the Dutch side’s first victory in Germany since 2002. The four time World Champions conceded 4 goals on the night and Joachim Low would be furious.

Our record signing Virgil van Dijk would not really be happy with the fact that the team conceded two goals but he’d surely be delighted with the victory.

Gnabry opened the scoring in the 9th minute and the Netherlands bounced back with two quick goals in the second half. De Jong equalized in the 59th minute and Tah scored an own goal in the 66th minute.

Kroos equalized for the Kaisers from the penalty spot in the 73rd minute but six minutes later substitute Malen restored Holland’s lead. Then, in injury time, Wijnaldum secured all three points for the Dutch team.

The Liverpool midfielder started the move in his own half and then covered ground to finish the move by slotting the ball in the net in the 91st minute. Video of the goal is provided below: