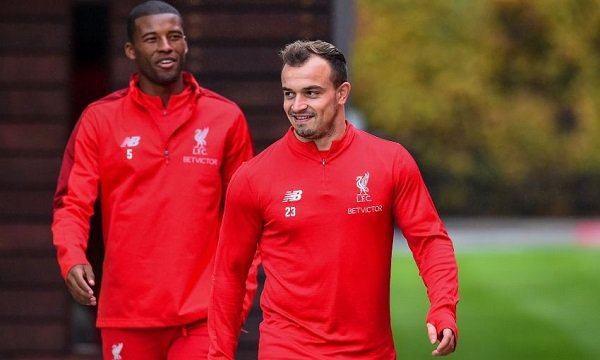 Tomorrow, the Reds will kick start their Carabao Cup campaign with an away fixture against MK Dons.

According to Goal.com, Liverpool are ready to hand Caoimhin Kelleher his professional debut vs MK Dons. The 20-year-old Irish international could replace Adrian to start in the goal.

In the central midfield, Naby Keita, who recently returned to training, should start with the Curtis Jones and James Milner.

In the attacking third, Brewster might get the nod to start as the main center forward up front. On the right wing, Shaqiri was perhaps in line to start his first game of the season but yesterday, the Swiss international got injured in training and he has been ruled out. So, Oxlade-Chamberlain could start on the right wing and Adam Lallana might start on the left flank.