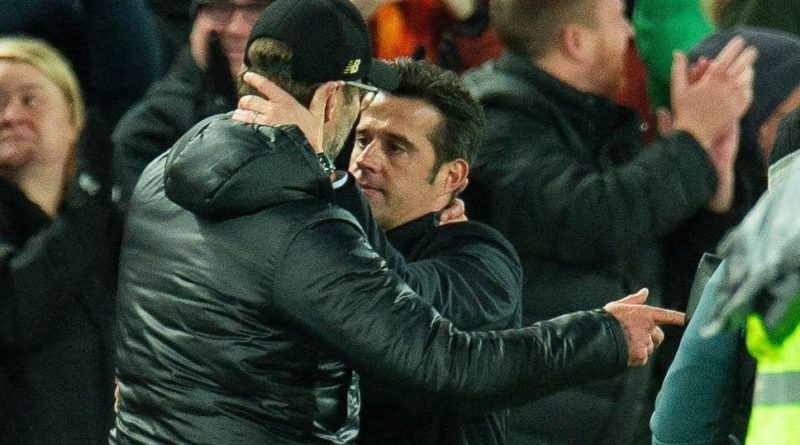 Liverpool defeated Brighton at Anfield to extend their lead over Man City to 11 points. Next up, the Reds will face Everton at Anfield on Wednesday night.

The Toffees are struggling at the moment in 17th place with 14 points in as many league games and are just 2 points above the relegation zone. Reports even suggest that Marco Silva could be sacked even before the Merseyside derby (The Telegraph).

Yesterday, Everton led high flying Leicester in their own back-yard but the Foxes bounced back to earn all three points and remain eight behind the European Champions.

As far as Liverpool’s team news is concerned, we can expect Jurgen Klopp to make a few changes to the squad that started the contest vs Brighton on Saturday.

Alisson was sent off against the Seagulls and therefore, he is suspended for the derby. In the place of the Brazilian shot stopper, Spanish international Adrian will likely start for the Reds. The back-line should remain unchanged.

In the center of the park, Klopp clearly missed Fabinho in the last game. In his absence, Henderson can effectively play the play breaking role but as compared to the Samba star, the England international is not a good deep lying playmaker.

Nevertheless, the skipper could start but Wijnaldum, who was highly average vs Brighton, might be replaced and in his place, Naby Keita should return to start with Alex Oxlade-Chamberlain in the central midfield.

The attacking trio of Mane, Salah and Firmino should retain their starting places in the lineup. Here is Liverpool’s strongest possible 4-3-3 XI vs Everton: