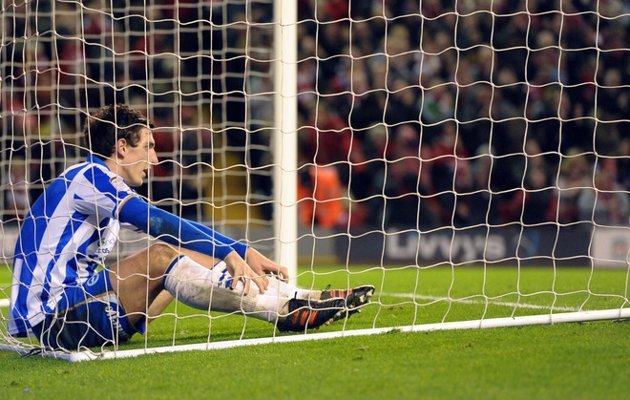 FA Cup Match Reaction
February 20, 2012 Steven McMillan 0 Comments Andy Carroll, Brighton and Hove Albion, FA Cup, Luis Suarez, Martin Skrtel, Own Goals, Stoke City FC
If the 5-1 victory against Oldham at the begining of January flattered us even slightly, going one better against Brighton and Hove Albion painted a pretty accurate picture. Goals from Martin Skrtel, Andy Carroll, Luis Suarez and a hat trick of own goals from the ‘Gulls left Liverpool is a slightly weird position: they scored less than their opposition, but still ran out winners. It’s not too often you get to say that and winning by such an emphatic scoreline doesn’t leave a whole lot to say. With the draw for the quarterfinals taking place before kickoff, we know that Stoke City will be making their way to Anfield for the next round as we keep our FA Cup dream going. Nobody wanted to see the Potters in the next round, but I think we owe Tony Pulis a pasting so we might as well get that out of the way.