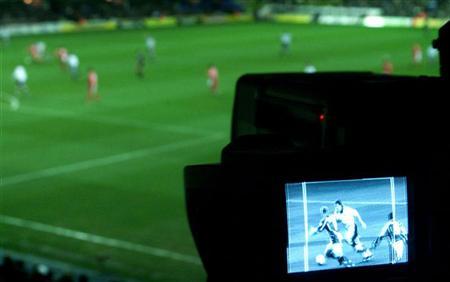 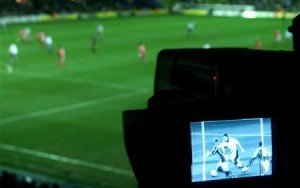 Match officials have always been in the spotlight and even more so recently with controversial decisions over the weekend. Kenny Dalglish has mentioned that people might think there is a conspiracy with the number of decisions that have recently gone the wrong way against Liverpool. Other managers who would agree are Mark Hughes and Roberto Martinez. QPR’s Shaun Derry was sent off after Ashley Young clearly dived and, to add insult to injury, was in an offside position. The ban was upheld by the FA. Wigan were the unfortunate recipients of two clearly offside goals scored by Chelsea.

Wigan’s chairman, Dave Whelan, has said the FA needs to ignore FIFA and deploy video technology. I happen to agree.

“Referees cannot be right 100% of the time,” Whelan told Sky Sports News. ”They need help desperately. Had the referee been able to ask if there was anything wrong with the goal he gets the information.

”I don’t understand why we don’t break away from FIFA on rules like this and say we are going to turn to technology. We have to say to Mr Blatter, whatever you say, the Premier League will help our officials with more technology.

”Tell them, quite simply. Tennis, cricket, rugby, rugby league. Why not football? Why can’t we get the decisions 99.9% correct.”

It boggles my mind why FIFA allows someone sitting on his couch at home with a beer to have better information than match officials who are making decisions that impact the results. The argument I always hear is that using video technology would interrupt the flow of the game and if you start using it for goals it will be a slippery slope to where it’s used for everything and we spend more time watching replays than the actual match.

First of all, the ‘slippery slope’ argument is pure rhetoric and offers nothing in the way of support for an argument. People who think in this fashion worry about what could happen rather than what is happening. What is happening is that referees are making horrible decisions. Other sports facing similar dilemmas have turned to video technology to increase refereeing accuracy with positive results. End of story.

How hard would it be to review a handful of calls in an average match? A yellow that could possibly be a red? A questionable handball? A goal that was scored from a who was offside? None of those occurrences happen regularly and some matches go the full 90 without any. If it takes 2 min to review a call (and I doubt it would take that long) and there’s 3 questionable calls per match, what’s the problem with playing an extra 6 minutes and knowing that the decisions are the correct ones? Why is it so hard to have an official sitting in front of a monitor, like the rest of us do, to be able to call down to the pitch and say, “Sorry, Howard, you got that one wrong,”?

Unfortunately, video technology will probably never happen in my lifetime and I’m fairly young. FIFA and its counterparts are living in the dark ages and are happy there. The FA would rather preach about respecting referees instead of giving them tools to make their jobs easier. If the FA broke from FIFA, others might follow. The problem is there is a conspiracy and it all starts at the top. Anytime there is money to be made, there is corruption. The sad part is it has reached a point where no one is offended or even surprised by it.