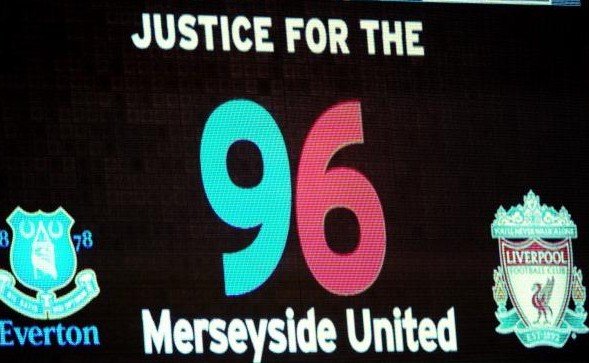 Match Preview Premier League
October 27, 2012October 27, 2012 Steven McMillan 0 Comments Brad Jones, Brendan Rodgers, David Moyes, Everton, Hillsborough Stadium Disaster, Jack Rodwell, Jonjo Shelvey, Luis Suarez, Marouane Fellaini, Merseyside Derby, Pepe Reina, Steven Pienaar, Tony Hibbert
It’s a short walk across the park, but in seasons past, it’s felt like a world away, if not a world of its own. Tomorrow is going to be a bit different; this will be the first Merseyside Derby since findings of the Hillsborough Independent Panel unified not only the city of Liverpool, but the footballing world as a whole. Though it’s the same game, it feels different somehow.

Everton sit six points above the Reds after a poor start to the season left Brendan Rodgers’ side with a mountain to climb. A tight 1-0 win against Reading last weekend gave Liverpool the boost they needed to catapult out of the wrong half of the table and a midweek victory in the Europa League over Anzhi Makhachkala kept that momentum going. You could take it on history alone that the Reds will be marching on and even the Premier League Betting sites are leaning in our favor, but this is the derby; you never know what’s going to happen.

This will be the 219th derby and there’s never one that’s quite the same as the last; unless you consider Liverpool taking full points to be the sole basis for similarity. Brendan Rodgers can take charge of his first meeting safe in the knowledge that bragging rights have gone to the Red half of Merseyside seven times in their last eleven meetings and only one of those matches ended with Everton getting to enjoy the spoils of war. Last season David Moyes enjoyed doing the double over Rodgers old Swansea City side, and the opportunity to snatch three points back from Scotsman.

Still, getting the result is only half the fun. It’s the spectacle of it all that’s the real treat. The days peeling off the calendar, the pre-match jitters, the laughs with your mates, the songs, the banter, the tackles, the goals; we’ve seen it all and we can expect more of the same.

The names of the players change, but it’s the same as it was in the first meeting of Red against Blue. We’re wondering if Marouane Fellaini, one of the standout players in the Premier League this season, will be fit and hoping that Brad Jones can continue his rich vein of form standing in for Pepe Reina as the Spaniard recovers from the hamstring injury that’s kept him out of the last two matches. The Toffees are ruing the suspension of Steven Pienaar and hoping they’ll be able to keep Luis Suarez off the score sheet. We’re praying that Jonjo Shelvey will be able to keep his head and they’ve got a word or two in for Tony Hibbert to do the same.

There have been 20 red cards in this fixture since the dawn of the Premier League era and it’ll be no surprise if that tally increases tomorrow. Jack Rodwell was harshly sent off last October for a challenge on Luis Suarez and though David Moyes feels that his side have been hard done by — Everton have seen red on ten occasions compared to four dismissals for their near neighbors —  Brendan Rodgers has been singing a similar song with a number of high profile calls either going without mention or against his Liverpool side.

The fire, the venom and the intensity of the occasion will still be there, but with the undertones being a tad bit softer as both sets of supporters come together as one to find solace in vindication and truth. The football might be the reason for the occasion and though we’re separated by the trivialities of tribalism; neither set of fans will let that get in the way. This is a city united by the tragedy of Hillsborough and this is our first chance to celebrate our mutual victory that’s been 23 years in the making. Three points, whichever way they may go, hardly compares to that.