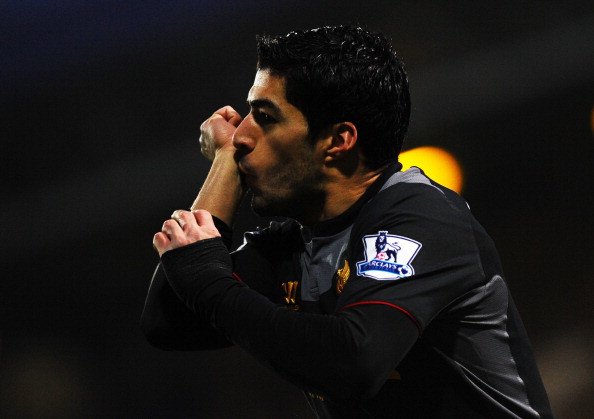 Match Reaction Premier League
December 31, 2012 Steven McMillan 1 Comment 3-0 wins, Adel Taarabt, Brendan Rodgers, Clint Hill, consistently inconsistent, Daniel Agger, Harry Redknapp, Jamie Carragher, Jordan Henderson, Julio Cesar, Luis Suarez, Queens Park Rangers, Shawn Wright Phillips, Stéphane Mbia, Steven Gerrard
Liverpool are up to ninth in the Premier League as they close out a less than stellar year with a deserved three points on the road; and we didn’t even need the whole 90 minutes, or have the manager around, to get the job done.

With a bug sweeping through the side, Brendan Rodgers and a host of others were missing in action; still, a Luis Suarez double and a Daniel Agger header saw the Reds take off at a gallop with a three goal lead within the first half hour. Rangers never looked up for it. The London side sit dead bottom of the Premier League with the calendar about to roll and although they have Harry Houdini at the helm, if they keep playing like that, any thoughts of retaining their Premier League status can be put out of their heads right now. We were good, no question about that, but were we as good as they were bad?

Following the humbling at Stoke, the gaffer looked to shake things up; Jordan Henderson slotted in for Jonjo Shelvey, Joe Allen took the place of Lucas and former QPR trainee Raheem Sterling saw Suso make way. In an almost comical gesture, Sterling — along with Suarez — were booed each time they touched the ball. What make things even funnier was the home side starting bad and the visitors making it worse within the first 10 minutes.

Although Luis Suarez has been playing with a hobbled ankle, he looked to be doing alright when he created something from nothing to open the scoring. The defense was static and the Uruguayan was making room for himself where there shouldn’t be any; running between the lines and finding himself unopposed in dangerous areas. As the play built up, you never expected a goal like that — he dropped his shoulder, passed the ball to himself and with Clint Hill bamboozled, all that was left was to lash past Julio Cesar into the bottom corner.

Not a single tackle was attempted by Redcap’s men in the buildup to the first, and with the scent of blood in the air, Suarez would double down and make it two goals in 15 minutes. In stark contrast to our trip to the Potteries, there was no defending from the front and Shawn Wright-Phillips would be more than happy to allow the ball to be brought out of the visitors half by Glen Johnson. The ball would end up at the feet of Downing, who’d play a simple pass through a once again static defense to allow Suarez to skip in from the right wing.

His attempted low cross may have been blocked, but the ball could only be batted back to him and his first time shot from only a few yards out would beat the wrong footed Cesar. A few moments later Jordan Henderson would be lucky to get away with a handball after Adel Taarabt’s free kick ricocheted off the midfielders forearm, but with the move ending with a stinker of an overhead kick from Stéphane Mbia, the Reds were ready to turn a comfortable lead into a rout.

Shawn Wright-Phillips, who should have been covering the short corner, was caught out when the ball was played to Gerrard and rushed from his spot on the near post. The Captain had all the time in the world, which he gleefully took, before he whipped in a perfect cross for Daniel Agger.

The Danish defender had a bit of stinker on Boxing Day, but amends would be met when he leapt highest to head down into the bottom corner. Liverpool took their foot off the accelerator and QPR were trying to find their way back into it with a dangers shot from Adel Taarabt as the half closed out; despite the power and swerve, Pepe Reina was always equal to it and the Spaniard would hold on well to preserve the clean sheet.

As the second half turned scrappy, Suarez almost completed the hat-trick not long after the re-start when he worked his way to the top of the box and his powerful drive is well saved by Cesar. Not long after, Armand Traoré would whip in a low cross that Jamie Mackie was unable to get on the end of as QPR enjoyed their best spell of possession; even then, they hardly looked like pulling one back, let alone threatening to pull level.

With Lucas on for Henderson, who had a good first half but began to fade as the minutes ticked on, Rangers again pushed for a consolation as Mbia found Jamie Mackie streaking into the box. The winger would do well to send the ball back to the Cameroonian at the top of the box, but he could only skew his shot well wide. Might as well call it a match right there. Carragher would make his 700th appearance for the club in a cameo role replacing Joe Allen with 3 minutes left to play and that’s how the year would end.

Twelve league wins isn’t enough to call 2012 successful. A response after the shamble against Stoke is hardly comforting. Beating a bottom of the barrel team who hardly looked like giving it a go is nothing to brag about; still, in our quest for consistency, kicking around a team that asked to be kicked around is great for morale. A trip to Sunderland on Wednesday gives us another shot to string some results together and banish the ghosts of the past year.

Got something to say? Have a go in the comments or find us on Twitter and Facebook. We’ll be knocking around — if not drunk, then probably hungover.