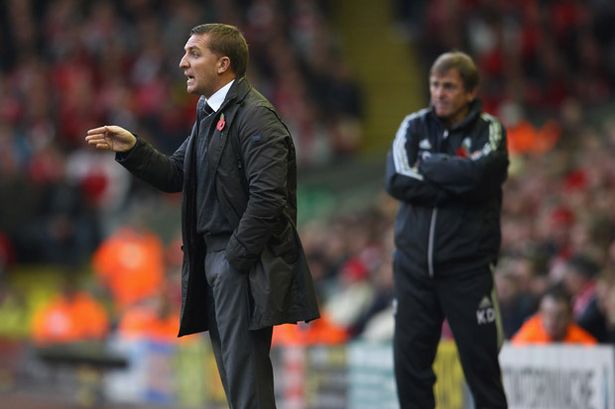 Stick or Twist- That is the question?

The season is a tale of 2 halfs and differing viewpoints made by supporters. Some ‘buy into’ the direction which Brendan tells us we are heading in, others simply dont, and believe that in a results industry, our league position and poor cup preformances are simply not good enough for Liverpool Football Club. Throw in Rafael Benitez ‘making noises’ about an LFC return at ‘some point’ and it definitely opens up a healthy debate- Stick or Twist?

Im torn, and I dont mind admitting that. I question Brendan Rodger’s competence to be at one of the biggest football clubs in the world having achieved what equates to nothing of any note within the game. One could also question the recruitment policy which to be fair minus the excelent Phillipe Coutinho and the ‘hot and cold’ Daniel Sturridge hasnt really been a success compared to the 48 milion spent. I also worry about our defence and how Martin Skrtel has gone from being ‘Player of the year’ to sitting on the bench and looking truly awful when called upon.

However, it is fair to say that Stewart Downing has improved, as has Jordan Henderson. Luis Suarez’s stats speak for themselves- although he has played 9 games more this season and some of our play at times is superb to watch.

I still am filled with real doubt though. I worry that there doesnt appear to be a ‘Plan B’ which is without doubt needed in the English Premier League- and this doesnt simply have to be lumping the ball up to a big target man. I worry that we cannot rely on Steven Gerrard forever. I worry that Luis Suarez will leave in the summer, with possibly Reina and Agger too. And if Im being totally honest, I worry at the level of commitment from FSG. John Henry’s non attendance at a single game at Anfield all season simply reinforces my concerns.

I only want the very best for Liverpool Football Club. I dont like us being 7th 30 points behind our bitter rivals, and I dont like to feel that through some very clever PR exercises, our expectations are being ‘systematically lowered’.

We should never ever forget that we are Liverpool Football Club and that anything other than winning is not, and never has been good enough.

I really do hope that my anxieties and concerns are proved to be wrong and that I, like many fans am simply looking into things too much. I hope that FSG are the real deal, and I hope that Brendan Rodgers backs up his slick verbal skills with actual measurable results.  Because if Brendan Rodgers succeeds, Liverpool Football Club succeed, and for me, thats all that matters.

It would be really interesting to hear other supporters views……YNWA.