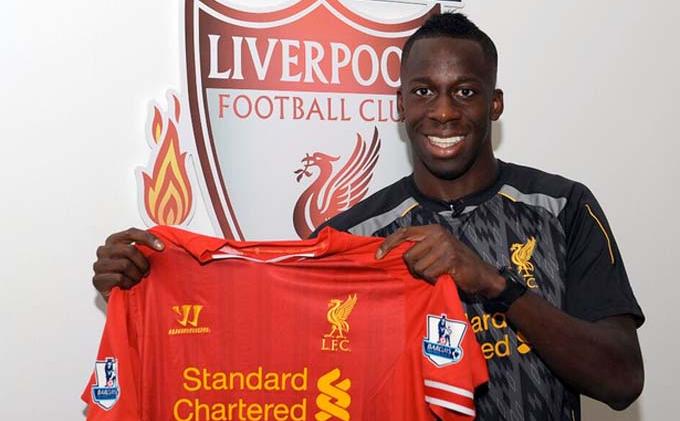 The French fullback – consistently linked with a move to the club since his days at Porto and reportedly a serious target under former Director of Football Strategy Damien Comolli – has been one player that has always looked like he was going to end up here. While we flirted with a loan deal for Benfica youngster Lorenzo Melgarejo and played hardball over highly rated Granada defender Guilherme Siqueira, it still seemed like Cissokho was the one destined for a move to Merseyside. In the buildup to the loan, and on a few occasions in the past, the defender gushed over the history of his suitors and, after putting pen to paper, finally spoke freely of his admiration for the Anfield outfit.

“I’ve always dreamt of one day signing for a really legendary club. I’ve been lucky enough to play for a few top sides and so to now get the chance to play for a club like Liverpool, it’s just fantastic” said Cissokho as he signed on the dotted line. The defender will spend the next season on loan at Liverpool under the tutelage of Brendan Rodgers and, should he make the right impression, the club has the option to make the move permanent for a cut-rate price of £4mil after paying an initial £1mil loan fee upfront; an offer the boss may be quick to take up.

With only Jose Enrique and Jack Robinson – farmed out to Championship side Blackpool on a season long loan – as recognized senior left-backs at the club, this is one position that Rodgers has been keen to provide depth and competition in. Aly, who gave the Reds all kinds of problems on the overlap as his Lyon side won 2-1 at Anfield in a Champions League clash back in 2009, is ready for the challenge and wants to bring those famous European nights back to Merseyside.

“I was fortunate enough to play at Anfield and it was a really special occasion for me. I have some great memories of that night. Although it was us that grabbed the win, it still remains a good memory” said the defender as he reminisced on his first visit to Liverpool.”Champions League nights at Liverpool are the kind of games that are really special for the players in any away team coming to Anfield, and that’s why Liverpool very much deserve to be a part of that competition” he continued. If the Frenchman, who will wear the number 20 shirt, is going to help us achieve that goal, the hard work starts now.

Cissokho is in the frame to make his first appearance for the club this weekend as his new side visit Aston Villa on Saturday and the Reds go in search of their second win of the new season. There have been questions as to whether the fullback poses a serious threat to Enrique’s nail-on spot in the starting eleven, but the pacey defender is ready to work his way into Brendan Rodgers plans. “I know it’s going to be quite tough and I need to get to work as soon as possible as pre-season is over and we are into the league programme” acknowledged Cissoko in his first interview with the official website. He’s been making all the right noises off the pitch, now let’s just hope he does the same on it.