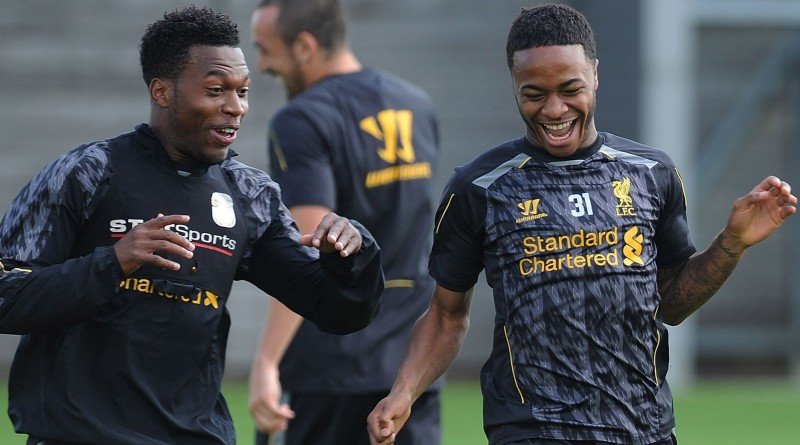 It feels almost lazy to say it, and it’s not entirely true, but early doors say that if you stop the powerful striker, you stop Paul Lamberts entire side. Again, that’s not the whole truth and Liverpool, who ended their opening day hoodoo with a 1-0 win over Stoke City at Anfield, will have to handle far more than just Benteke if they want to keep the momentum flowing.

A first half strike from Daniel Sturridge was almost as important as a last ditch penalty save from debutant goalkeeper Simon Mignolet as the Reds won their first match of the season for the first time in five years. Brendan Rodgers will take heart from the amount of chances his side created, but their lack of cutting edge in front of goal is a continuing headache that will need to quickly be rectified in the coming weeks.

Liverpool, as per usual, enjoyed the run of the play but kept in nervy at the end when Daniel Agger handled in the box with a matter of minutes left on the clock. We know it all worked out for the best, but had the Reds taken their chances, Stoke pulling one back wouldn’t have been so bad. As Rodgers looks for ways to get the Reds to finish their chances, his Aston Villa counter-part Paul Lambert, won’t be troubled with the same worries as star-striker Christian Benteke continues the run of form that saw him become a serious Golden Boot contender last season.

The big Belgian has scored three goals in two matches so far this season; as impressive as that is, you can heap on the praise by pointing out that they were both came in away games that the hosts would have been tipped to easily brush the visitors aside in. They may have been pipped to the points at Stamford Bridge, but his double at the Emirates saw Paul Lambert’s side spoil the party for embattled Gunners boss Arsene Wenger. To make matters worse, Benteke has a history of finding the net against us, having scored twice at Anfield and once at Villa Park when these two teams met last season – all told, he’s scored a staggering seventeen times this calendar year.

It’s not just the Belgian that Liverpool have to worry about though as Lambert’s young side look improved all over the park. Gabriel Agbonlahor looked unplayable at times during the Villains win at the Emirates Stadium and American ‘keeper Brad Guzan has been in fine form despite allowing three goals in two games – be fair, they came against Arsenal and Chelsea. The backline will also be bolstered by the news that defender Ciaran Clark will be available after a head injury saw him substituted at Stamford Bridge. For all the positives ringing out for the hosts, three matches in seven days can take a toll even at the beginning of the season and with Liverpool coming to visit on Saturday – a team they’ve beaten only once in fifteen years at Villa Park – they’re going to have to hope tired legs won’t play a deciding role.

Even if fatigue isn’t a factor, they’ll still have to keep Daniel Sturridge, has scored seven goals in his last six appearances, and Steven Gerrard, who has found the net eleven times in his career against the Villains, under wraps. Reds boss Brendan Rodgers may be lamenting the Reds lack of luck trying to sign big names in the transfer market, but he will be able to call on the services of Aly Cissokho, who signed on a season long loan from Spanish side Valencia last week, if he feels a change is needed at left-back. Jordan Henderson could find himself on the bench if the manager is looking to contain the Villa midfield with the more defensive Joe Allen possibly preferred to the more attack minded Englishman. Daniel Agger and Kolo Toure are expected to keep the faith in the heart of the Reds defense while Simon Mignolet will be charged with keeping fellow countryman Benteke off the score sheet – which I’m sure will be no easy task.

Rodgers will be looking to get out of the Midlands with their perfect start to the season intact and do what no Liverpool manager has been able to do in the last five years: win their first two matches of the season. It doesn’t sound like a big ask, and if the Reds take their chances it shouldn’t be, still, it seems a tad over-confident to write off a constantly improving Villa side. Three points aren’t a nailed on certain, but they’re certainly within our reach.