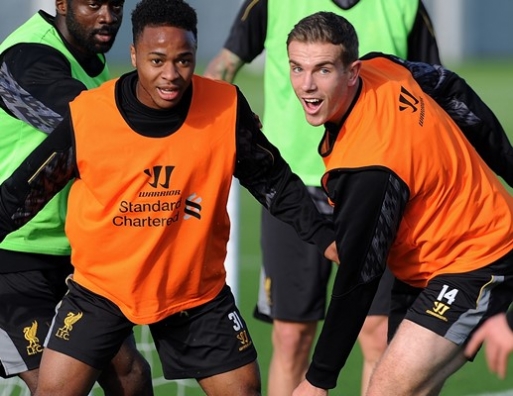 You have to hand it to Steve Clarke – he’s got more than just me nervous to face his West Bromwich Albion side tomorrow; and we’re hosting them at Anfield nonetheless. The Baggies may be languishing all the way down in 12th place while we sit pretty in 3rd, but they’ve already claimed a massive scalp this season, and, lest we forget what happened last time the Midlanders ventured to the shores of the Mersey?

With the scores level, Ben Foster saved a Steven Gerrard penalty ten minutes from time to set up a calamitous finish that would see West Brom do the double over Liverpool for the first time since Jesus walked the Earth. Gareth McAuley headed home from – -you guessed it, a set-piece – to the put Clarke’s men in the driver’s seat and then Romelu Lukaku bulldozed his way through a ball-watching Reds backline to heap on the misery; keep in mind, we lost the reverse fixture 3-0 on the opening day…

After flirting with the top six until Christmas time, the Baggies ended up 8th last season as they rounded out the campaign with their highest finish since 1981 and a new club record for wins by taking full points on 14 outings. Last season’s heroics may have banished memories of the dark days of England boss Roy Hodgson’s relegation scraps, but besides a magical win at Old Trafford and a draw with Arsenal, Clarke has failed to build on that heady momentum and they’re winless since September 28th. Still, his side are unbeaten in their last five outings and there’s little doubt that they’ll do everything they can to keep Liverpool under their thumb.

West Brom remain a tough nut to crack; after eight matches, they’ve allowed only six goals – three of them from open play — giving them the best defensive record outside of the top six. While Liverpool can boast about what has been the standout strike force in the Premier League so far this season, Clarke doesn’t believe his players will be bothered by reputations. “These are the games players want to play in to show how good they are,” said the Baggies boss, who continued, “It is Sturridge and Suarez this week and they deserve all the praise they are getting. But I don’t think Gareth McAuley and Jonas Olsson will lose sleep tonight worrying about it.” Strong words indeed and ones he may live to regret.

Sturridge, who has found the net 13 times in the Reds last 13 games, is sure to partner Luis Suarez, who has three in his last three appearances, up top as Brendan Rodgers persists with the 3-5-2 formation he’s been so enamored with as of late. There have been calls for Luis Alberto, or even Joe Allen, to replace Victor Moses in the Number 10 role to add some more fluency between midfield and attack, but it’s expected that the on-loan Chelsea man – who looked more effective on the wing when Rodgers switched things up for the closing stages of the 2-2 draw at Newcastle last weekend – to keep his place in the center of the park.

Lucas is expected to make a return after missing the last two matches and Reds captain Steven Gerrard is nailed on to start which could make Jordan Henderson the odd-man out. The former Sunderland man impressed in his preferred central role during the last two matches, but against Newcastle in particular, we missed Lucas’s tenacity and positioning in the center of the park – something that will be needed to counter the influence of Stephane Sessegnon. With Glen Johnson and Aly Cissokho both making successful returns from injury in last weekend’s draw, there will be no room at wingback for Henderson, and though I’m quite sure he’d give it a go, no one wants to see him make up part of the trio of center backs that will be charged with keeping Morgan Amalfitano at bay.

West Brom’s top scorer will likely come up against Kolo Toure, Martin Skrtel and Mamadou Sakho as Rodgers persists with the same defensive line that earned the Reds a point on the road the last time out. Besides Ben Foster, who’s a long term absentee with a foot injury, and Scott Sinclair, who missed the Baggies last two outings with a hamstring problem, Clarke will have the luxury of naming a full strength squad – something Rodgers will be able to do, bar Sebastian Coates, next weekend when Coutinho returns.

With a run of difficult matches on the horizon, the return of the Brazilian playmaker will be a boon to the Reds cause, but they’ll have to get through this weekend unscathed before we have to worry about any of that. Clarke has built a strong defensive unit that knows how to play, and win, as a team – something that we’re still working on. A win for the visitors will cement West Brom’s status as Liverpool’s new bogey team after Rodgers snatched that dubious title away from Stoke on opening day and that’s a feat the boss will be looking to repeat tomorrow. We don’t need anyone bossing us around on our own patch of grass…

Is cautious optimism the order of the day? Or are you confident of a win? Let us know in the comments or hit us up on Facebook or Twitter. We’ll be back in the morning with the starting line-ups and maybe some other pre-match goodies.