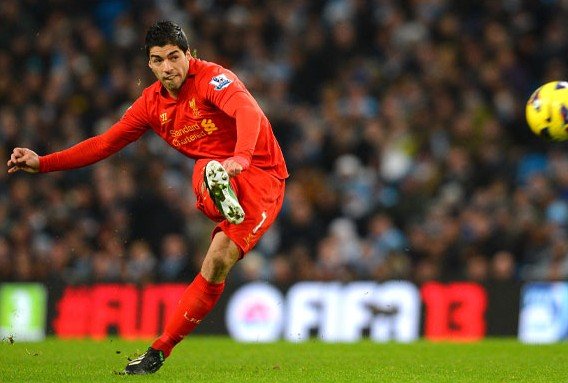 Analysis
January 11, 2014January 11, 2014 Grubb 2 Comments fight for 4th, Shot Ratios, Statistics, Stoke, TSR
Recently I’ve been reading lots of football analytics blogs to understand what insights modern “fanalysis” can give us on the respective merits of Premier League teams. From shot ratios and locations, to game states, to prediction models – the learning curve has been steep, but also rewarding.

The most interesting finding amongst all this geekery for me has been the idea of shot ratios – recording and comparing how many shots each team both creates and allows, and balancing these out against each other to provide an indication of how dominant a team is.

With the global dominance of the “tiki-taka” style as championed by Barcelona and Spain, and the subsequent trickle-down emphasis on passing, technical football in the Premier League, dominance has been idealised as the ability to keep possession of the ball, usually supported by a high-pressing defensive approach to immediate ball recovery .

But football is the proverbial “simple game, made difficult”. Despite the thousands of blog articles and endless books produced on the topic (and despite my personal preference for a technical, passing game) possession and pressing are secondary functions – at least if we view scoring more goals than our opposition as the primary objective in football.

So rather than use possession percentage or passing accuracy stats to measure the dominance of a team, instead shot ratios give a clearer picture as to which teams are controlling the game actions that lead to the winning or losing of matches. They have also been shown to be powerful predictors of league placement, with a clearly established link between shot ratios and points gained. Shots have also been demonstrated to be highly repeatable and essentially skill-driven, rather than a product of luck. If you’re a maths/graphs/stats nerd, dig around on James Grayson’s website for more links and information.

TSR
Total Shots Ratio (referred to as TSR from this point) tells us how teams control scoring opportunities in their matches by dividing the shots they create by the total number of shots (for and against) in their games, giving us an idea of what share of the shots they are taking. Dominant teams take more shots than their opponents, score more goals, and in turn win more matches.

If we look at the TSR values for this season’s Premier League teams, it’s immediately evident this whole concept has merit, as it strongly resembles the current league table, give or take a few teams.

Looking at Liverpool’s performance in particular, we are 4th best in the league in terms of dominance. This lends weight to the credibility of our current 4th place on the table too – we are there because we’ve been good enough. Our 341 shots is the second highest tally in the league, trailing only Manchester City, reinforcing the idea that this current Liverpool incarnation are an offensive force to be reckoned with.

One area for concern is the number of shots we have conceded, with 262 being only the 11th best tally in the league – all of our competitors for the Top 4 positions have allowed far, far less opposition shots. Manchester United, despite all of their struggles, have only conceded 239, so in terms of shot volume from a defensive standpoint, a reduction is necessary.

However it’s also worth noting that Colin Trainor‘s work on shot locations reckons Liverpool’s defence to be the second-most effective at forcing teams to shoot from poor locations, which explains why we’ve not conceded too many more goals than our rivals, despite all of the additional conceded shots.


With one eye on Sunday’s away game, it’s worth having a look at Stoke’s TSR for a rough comparison. While they’re achieving respectably this season, currently sitting 12th in the table, Stoke’s underlying numbers are not good – they are one of the least dominant teams in the Premier League.

Only Cardiff have taken less shots than Stoke have, with 213 being a measly number in comparison to most of the league. At the same time only 5 sides have conceded more shots, and all of those sides are firmly in the relegation battle. In fact Stoke have the exact same number of goals for and against as 19th placed West Ham; however the arrangement of those goals has fortuitously allowed Stoke 7 extra points than Sam’s sad Hammers side.

Despite their low level of dominance, Stoke are still a force to be reckoned with at the Britannia. They have only lost once at home this season, notching creditable draws with Manchester City and Everton, while also dispatching Chelsea 3-2 when Oussama Assaidi spanked THAT spider-killing finish into the top corner of Petr Cech’s goal. Thank goodness the Moroccan is unavailable against his parent club!

Assaidi scores THAT goal against Chelsea!

Onwards and Upwards
While TSR is unlikely to predict the outcome of any individual match, it does give us an indication of how we are travelling as a team, which is a bright, positive picture. This Liverpool side are right in the mix for 4th place, however you spin it, and they have shown on a consistent basis that they are a legitimate threat to the established order of recent seasons past.

With some defensive fine-tuning, January reinforcements and a reasonably kind fixture list ahead of us, there are plenty of reasons to believe that Liverpool can become an even more dominant Premier League force.

Please take the time to share this on your preferred social network, or contact the author here: https://twitter.com/grubbavitch