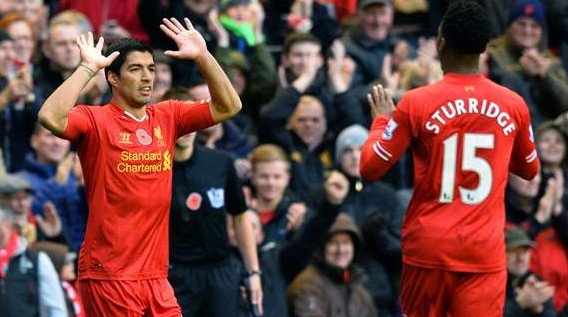 Coming off the 5-1 demolition of then league leaders Arsenal on Saturday, Brendan Rodgers side rolls into the Capital with a gale-force wind at their back having validated their claim to a spot in next seasons Champions League with an overpowering performance against the Gunners. Although the Cottagers picked up a vital point at Old Trafford on Sunday, they remained rooted to the foot of the Premier League with a massive 30-point, and 39-goals, gap separating the two sides – over-confidence might be short sighted following the draw away to West Bromwich Albion, but anything but a win for the Reds is right out of the question.

The Reds have so far been successful with keeping their closest chasers at bay, but they’ll have to keep up the tempo into the business end of the year if they want to return to Europe’s premier club competition next year. Tottenham Hotspur, who will visit Anfield in the coming weeks, sit three-points behind the fourth placed side, while cross-town rivals Everton are five-points off the pace after losing to Spurs over the weekend. Regardless of what’s to come, Fulham is the next hurdle and they’re one Rodgers side will do well to clear.

Despite the meeting looking like Liverpool’s to lose, Rene Meulensteen orchestrated an unlikely point at Old Trafford over the weekend with Darren Bent snatching a draw from the mouth of defeat late into stoppage time. The Dutchman, who was an integral part of Sir Alex Ferguson’s backroom staff during the Scots lengthy reign in Manchester, saw the opposite so many times with United the benefactor of lengthy periods of injury time – the irony, of course, is there for all to see.

Dramatic equalizers aside, Meulensteen has no fresh injury concerns ahead of Liverpool’s visit to Craven Cottage, though the midweek encounter does come too soon for defender Fernando Amorebieta and £11million hit-man Kostas Mitroglou with the pair still on the treatment table. Same goes for Brendan Rodgers who welcomed defensive duo Glen Johnson and Daniel Agger back to full training, but the Northern Irishman confirmed that neither are likely to feature in London tomorrow.

Meulensteen is unlikely to make too many changes from the side that drew at Old Trafford over the weekend with both on-loan Tottenham midfielder Lewis Holtby and last-gasp hero Darren Bent coming through the trip to Manchester unscathed. Likewise, his counterpart in Rodgers is likely to name an unchanged side from the one that downed Arsenal on Saturday, but he could make some changes early in the second half should his side hold a comfortable lead.

The Reds have another trip to North London on the horizon with another meeting with the Gunners, this time in the FA Cup, coming up on Sunday. Steven Gerrard, Daniel Sturridge and Luis Suarez were handed rare breaks with each substituted off the field at various points during Saturday’s 5-1 mauling and we could very well see the same on Wednesday. The likes of Iago Aspas, Jordan Ibe and Victor Moses will be keen to find their way onto the pitch – and maybe the manager’s future plans – against the bottom of the barrel Cottagers, though you can’t see too many adjustments being made to the side. At this point, it’s not broke, so there’s no sense in “fixing” it.

A team that destroys Arsenal should be able to dispatch Fulham with a minimum of fuss, but by that same logic, a team that puts Everton to the sword should be able to do the same to West Bromwich Albion; unfortunately for Liverpool, that hasn’t always been the case. We could be in for another ridiculous rout, or another less than inspired display – that all depends on which team makes the trip to London.

There’s nothing like the expectation that you’re going to win to heap on the pressure.

Will Liverpool keep their roll going tomorrow? Or will Fulham surprise? Let us know in the comments. You know how those work by now…