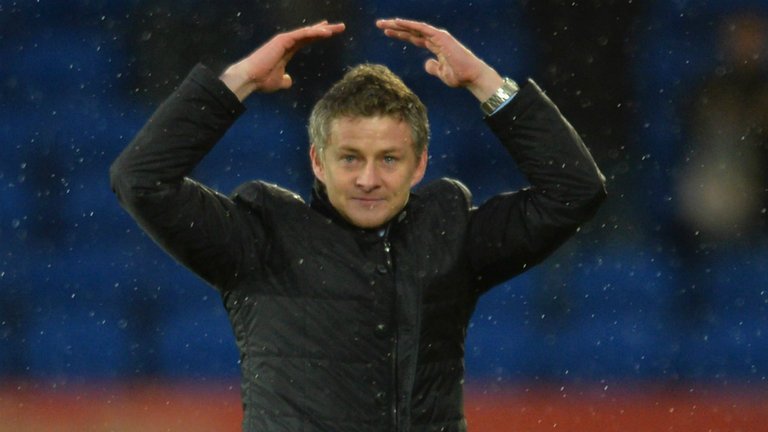 The momentum they gained by thrashing fellow strugglers Fulham two weeks ago was lost when Roberto Martinez’s Everton side kept up their claims for a European place with a last gasp victory over Manchester United legend Ole Gunnar Solskjaer’s team , and this aren’t likely to get much better when they face the other Merseyside outfit at home this weekend. Having the crowd behind you is one thing, snatching points from a very much in-form Liverpool is a complete other.

Solskjaer, who is famous for his last gasp heroics during his many years playing for the Red Devils, faces a tough task. With so few games to play, pulling yourself out of the mire that is the relegation zone is a sometimes insurmountable task – but one he’d rank as his greatest achievement should he pull it off.

“It would rank as the highest,” said the Norwegian when asked how he’d rate keeping the Welsh side in the Premier League. “The bulk of my career has been winning trophies, yes, but you can look and say ‘what is success for Cardiff this year?’ It is staying up and we are so close.” Yet, still so far away. Less than ten matches separate the Bluebirds from a trip back down to the Championship, and though they sit a mere three points off of 17th placed Crystal Palace, closing the gap will be no easy task.

Meetings with fellow relegation fight candidates West Bromwich Albion, Sunderland and Crystal Palace are on the calendar for the weeks to come, so their destiny is largely in their own hands – something ‘keeper David Marshall, who has some pretty big hands, likes the idea of. “Don’t get me wrong it’s going to be tough because of the points we’ve got but we play the teams around us which is a big help,” said the Scottish shot stopper after talking about the confidence and belief he has in his teammates. “I feel our destiny is still in our own hands if we get the points we need.”

The Cardiff ‘keeper, who kept his side on course for a point against Everton last weekend with a number of clutch saves, was cruelly denied a much needed bump in the tally when Seamus Coleman slotted home the winner in injury time. “We played well which we can take into the next game but it’s still disappointing to lose in that manner. We succumbed to an unlucky goal in the last minute” said Marshall as he reflected on the narrow defeat. “We need to pick ourselves up and get on with it.”

With Liverpool coming to town this weekend, they don’t have a choice but to get on with it and they’ll do well to stunt the Reds charge towards the title. After rolling over Manchester United 3-0 last weekend, the Bluebirds are going to have to get their wits about them quickly if they’re going to get anything off Brendan Rodgers side – they’ll also have to make sure they’re not giving away any silly penalties.

The Anfield outfit was awarded an unprecedented three spot-kicks at Old Trafford last weekend, though the first will be of particular interest to one Cardiff City player with Fabio da Silva’s brother Raphael handling in the area to give away the first. The Brazilian, who moved from Manchester to the Welsh side in the January window, saw firsthand what it takes to win at a big club during his time at Old Trafford, and has called on his teammates to step up their games.

“What we all have to ask ourselves individually is, ‘what can we bring to the fight?’, said the defender ahead of this weekend’s meeting with Liverpool. “We have to give our all as individuals and as a team to ensure we stay in the Premier League.” With a massive gulf in both points and resources, on paper anyways, nicking points from the Reds looks like a bridge too far, but when you’re battling for survival, he believes that names don’t matter. “It doesn’t matter who we are playing against when it gets to this stage. We need points and every match is an opportunity. We must not look too far ahead” Fabio continued. “Survival will mean us picking up points here and there, game by game.”

Snatching anything against the visitors on Saturday will go a long way to securing the Bluebirds place in the Premier League – which was surely the goal at the beginning of their debut season. After playing under the bright lights on the big stage, no one wants to drop back down to the dull glow of the Championship – now, they just have to play like they deserve to be a Premier League side. Obviously, that’s easier said than done…

Be sure to pop in tomorrow afternoon for a full match preview and other assorted garbage in the buildup to this weekend’s trip to Wales.