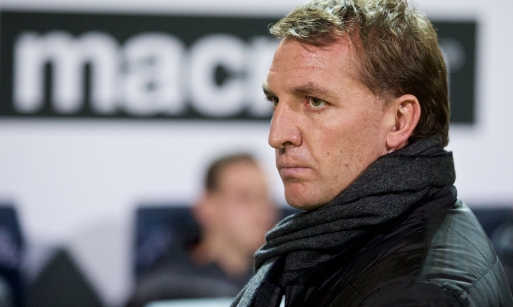 The past two matches have done nothing but highlight just how bad Liverpool are hurting without having a recognized goal-scorer fit and available week in and week out. A dour goalless draw with relegation threatened West Bromwich Albion at the weekend saw the Reds hold almost 3/4 of the possession, but come up short when they tried to do anything with it. Following up on that was yesterday’s loss to another club in the lower echelons of the table in Hull City in which the stats were very much the same and the Anfield outfit once again failed to find either a breakthrough or a response when the Tigers bagged a first half opener.

To be fair, Liverpool have struggled for goals all season long — especially when compared to the bountiful return of last season. With Daniel Sturridge unlikely to feature again before the campaign draws to a close, Reds boss Brendan Rodgers has recalled Mario Balotelli to the starting eleven, but the Italian has been unable to put his poor start to life on Merseyside behind him.

“I think it’s clear over the course of the season, not just in this game, that he’s struggling,” said the Northern Irishman when asked about the striker’s contribution over the course of the campaign before warning the squad that it’s not just Balotelli’s spot that’s under threat. “I spoke to the players at the end and I told them that we have an obligation to fight right to the end of the season. It’s fair to say every single player here is playing for his future.”

Rodgers has been speaking quite frankly as of late about his goals for the upcoming transfer window with rumours swirling around moves for a number of quality targets. Earlier this week the Liverpool manager refused to comment on speculation linking PSV Eindhoven goal machine Memphis Depay with a move to Anfield, but we all know how these games work — nothing is done until there’s a signature on a contract. That being said, signing up world class players is exactly what the Northern Irishman has confirmed he’s hoping to do.

“Every season you have to look to try to improve and this is another. Now the challenge is even greater for us with Luis Suarez gone and Daniel Sturridge injured. The players have given their best to meet that challenge and standard, but we’re not at that,” said the Liverpool manager of their stuttering form over the course of the campaign. “We have to look to improve the squad again, which every big club will do. For fans and players, it’s great to get those marquee players. They’re maybe the one or two we need and the owners will support that. If they’re available and affordable within the model, then we will look to get them.”

9 thoughts on “VIDEO: Reds Boss Says No One is Safe as He Hints at Big Summer Signings”