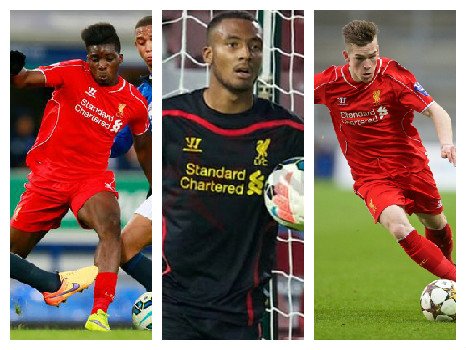 Kick-off to the new campaign may be less than a week away, but Liverpool are still busy in the transfer market as boss Brendan Rodgers looks to not only add a player or two before the window closes at the end of August, but also to get a few of the youngsters out and playing regularly.

Reds attacker Sheyi Ojo, who scored the winner as the Anfield outfit downed League One side Swindon Town on Sunday in their final pre-season outing, looks set to head to the Championship with Wolverhampton Wanderers boss Kenny Jackett confirming their interest in the talented 18-year old. With no chance of nailing down a first team place this coming year, Ojo’s move to the Molineux could be confirmed in the coming days as they switch their focus to bringing in another attacker following their capture of Cardiff City man Adam Le Fondre which still hinges on agreement of terms and a medical.

Liverpool have already sent Jordan Williams and Kevin Stewart to Swindon Town for the season and they look about ready to send a third player to the County Ground for the coming campaign with shot-stopper Lawrence Vigouroux, who featured in Sunday’s 2-1 loss to the Reds, set to turn his trial with the Robins into something a bit more formal. The 21-year old impressed against his parent club, pulling off a number of fine stops as Rodgers handed debuts to both Christian Benteke, who scored a stunning volley to open the scoring, and Brazilian play-maker Roberto Firmino.

While a deal for Vigouroux could very be completed in time for him to be between the sticks when Swindown kick-off against Bradford City this coming weekend, Championship side MK Dons may not have the same kind of luck in their pursuit of midfielder Ryan Kent. With Huddersfield also reportedly interested in the 18-year old, the Dons could face competition for his signature despite boss Karl Robinson’s good relationship with the Anfield outfit. Kent has impressed during pre-season and the Reds remain keen on continuing his development.