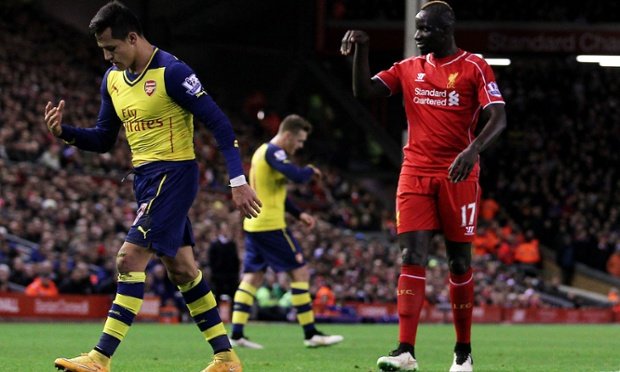 With Liverpool boss Brendan Rodgers leaving defender Mamadou Sakho out of the side for a second consecutive match, speculation over the Frenchman’s future on Merseyside has been ratcheted up yet another notch with the Reds reportedly brushing off another club looking to take the 25-year old on a season long loan.

Last week it was Italian side AS Roma that was sniffing around Sakho following his exclusion from the team that narrowly edged past Stoke City on opening day. Although it’s believed that Liverpool aren’t interested in parting ways with the big defender, rumour has it that the only hitch in the Giallorossi’s offer was that they failed to include an option to buy at the end of the season.

Whether or not that’s true remains to be seen, but the Reds rejecting the Romans hasn’t stopped inquiries from coming in with Bundesliga side Bayer Leverkusen also keen on taking Sakho for the season. Their offer, which was apparently immediately rejected by the Anfield outfit, could interest the Frenchman though if, like Roma, they take part in the Champions League this season. Where the Italian’s have already qualified for the Group Stage, Leverkusen is squaring off with Lazio over two legs for a spot in the competition — something that could certainly sway his decision whether or not to push for a move to the BayArena.

Without even a spot on the bench for Sakho over the past two matches, one has to wonder what Reds boss Brendan Rodgers has planned for the defender. While it’s common sense for him to look for a settled back-line as he looks to improve on last season’s defensive frailties, many have questioned his decision to partner Dejan Lovren with Martin Skrtel when the Frenchman did more than enough to prove his worth last year.

More on this as the offers continue to roll in…