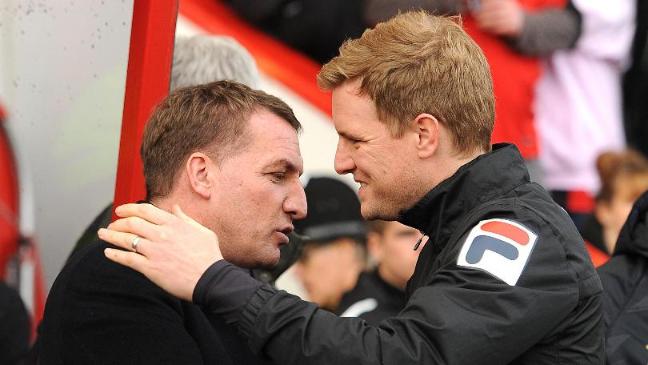 Liverpool barely squeaked past newly promoted AFC Bournemouth on Monday night and they only did it on the back of a controversial goal from Reds striker Christian Benteke that should have been ruled out for offside under the new rules — something that the Premier League has finally acknowledged by writing to all 20-clubs to clarify changes to the rule.

“The Premier League has this week written to its clubs to clarify the new interpretation of the offside law decided by the International Football Association Board this summer,” read a statement from the governing body. “Professional Game Match Officials Limited issued this guidance in order to clear up any misunderstandings that arose following the goal awarded to Liverpool in their Monday night match against AFC Bournemouth,” it continued. “The Premier League does not generally comment on decisions made by match officials. However, given the recent change to the interpretation of the offside law and the fact that it was made close to the start of the season, the league felt it was appropriate, in this instance, to publish in order to inform fans and other stakeholders.”

Although it’s impossible to predict just how the match would have turned out had the Belgian’s goal — his first competitive one for the Reds since joining from Aston Villa in July — been called back, but what’s not in contention is the Cherries right to feel hard done by. Boss Eddie Howe, who made little fuss on the sidelines considering the circumstances, wrote to referees’ chief Mike Riley seeking clarification on the decision to allow the goal, but their response comes with really no benefit to a side that have yet to earn themselves a point since winning promotion to the top-flight back in May.

“I am pleased they reviewed it and congratulate them on admitting the decision was wrong,” he told the Daily ECHO on the back of the announcement. “As I said at the time, I didn’t have the best view at ground level but I just knew there was something not quite right about the goal and so it proved when I saw it again. There is so much at stake in every game and these things can sometimes define seasons,” explained the Bournemouth boss. “It took an instant for the footballing world to realise this decision was incorrect so perhaps video technology can be the way forward but this would be a huge change to the game we know and love. With the money now at stake at the top level, it is something I am sure will be revisited time and again.”